My heart hurts for this guy. I can't pinpoint where things went awry. He was so stoic. That's why I bought him. Nothing phased him.
He flinched tonight when I opened his new stall door. He flinched when I adjusted his blanket.

I did this already with Luke. I used to coax him into the wash rack for a bath with carrots. He used to spook when something surprising touched his rump. Once, after an errant saddle pad "grabbed him," he flipped over in the cross ties.

I just wanted an easy baby.
That's the trouble with animals. I want to grab his face, shake him, and shout- it's OK. Nothing is going to hurt you. I may have already done that. And it didn't seem to work. 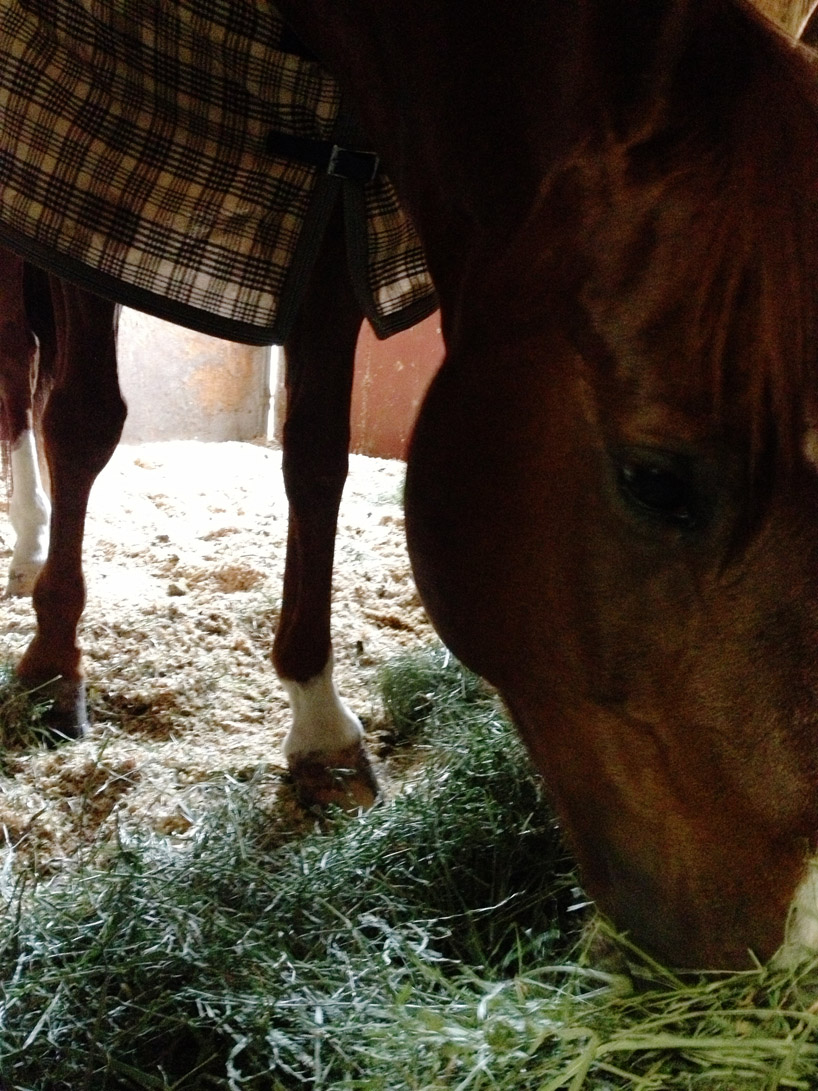