What's going on in the world outside of horses?

Paul and I spent the evening cheering on the Tribe in the World Series. We should absolutely not spend any more time cheering because two of the five games we've showed up for our team has lost. No more! Ask me what I'm doing Tuesday night- I won't be watching the game! Go Tribe! 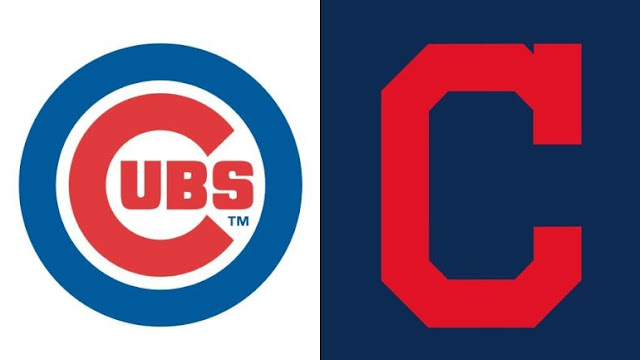 Just jumping down a bank (don't laugh at my use of the word 'bank' for this speed bump- looking at you, eventers) like it's no big deal.

Paul and I got our ballots in! Early voting rocks and we made a little date out of it by dropping them into a 24hr Voting Dropbox and then going out for a celebratory dinner afterward! 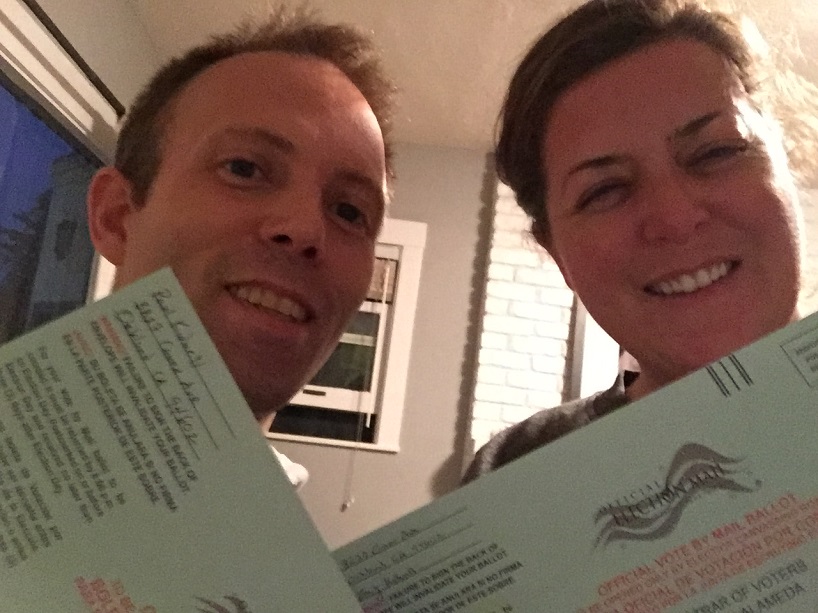 It's taken me a hot minute to like Ellie. We've been partners now for two and a half years.

Year one was spent wondering what the heck I had done. She wouldn't pick up her right lead canter for me. I would cry in lessons trying to jump a crossrail. And I contemplated just selling her and ending the madness too many times to count.

And in the past 6 months we've been growing together. We've established trust in each other. I love her. And she loves treats.

Ali knows how to push me and our ring has three, count them, three Swedish oxers. This videoed ride was our third attempt at catching a single that had ridden poorly for me each time. With a change in track and a little move up (not without anxious twitching from me) the distance finally showed up. Ellie carried me over all three times at my direction and finally on the last attempt I got it right.

And she was kind enough to do it again just once more :).

Just your run of the mill barn Bobcat. NBD.

Likes to hang out in trees looking unassuming. Or better yet, in the mulch as you walk down the stairs- he blends in.

I keep hoping he'll run into Harry and it'll be some sort of epic battle. Harry is the Tarantula that lives in the stall next to Ellie and if I'm being honest, I wouldn't mind if Bob ate him. 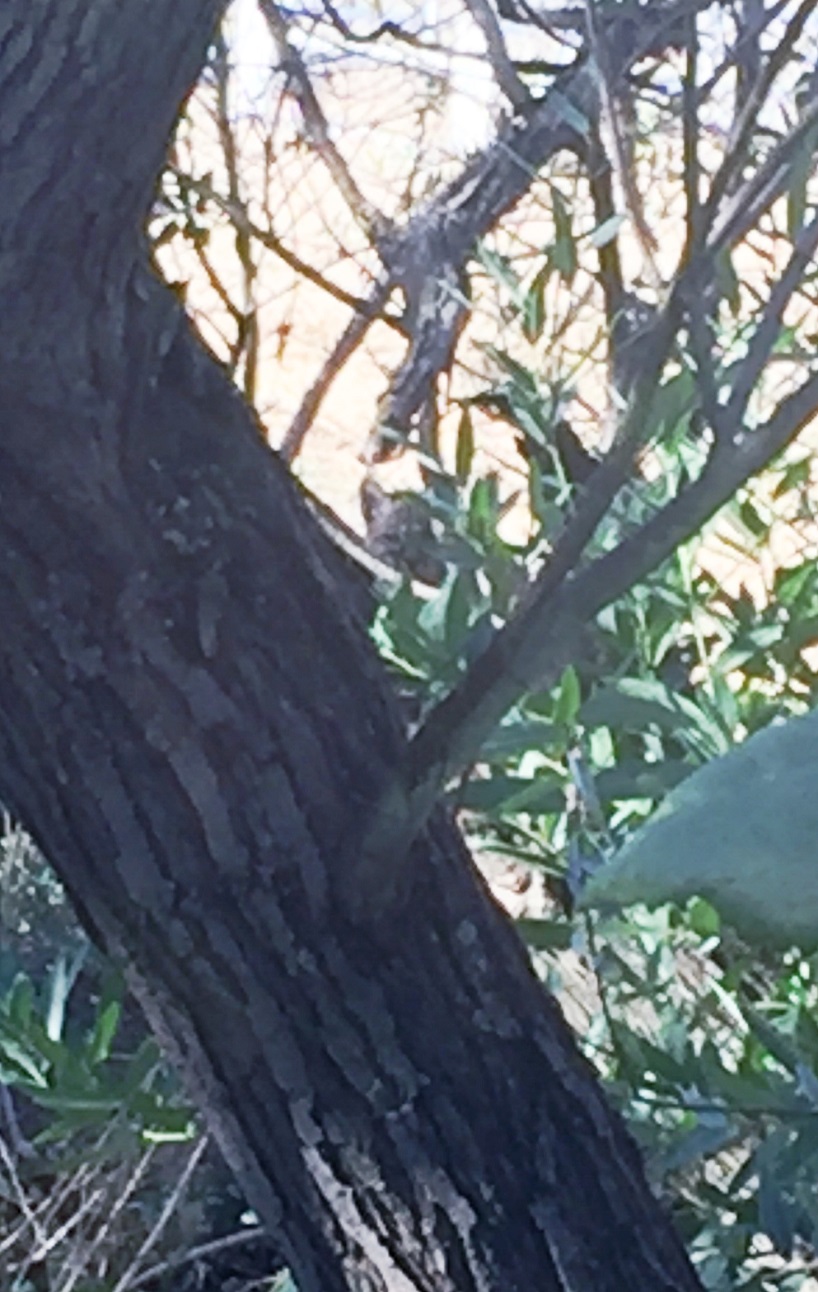 Our new barn mates joined us on on Saturday, along with 22 new horses, let by Dressage trainer Nadine Pestana.

Our barn owner hosted a BBQ and the two teams mingled on the back barn patio over champagne, brats, and one of the DQs made this amazing homemade potato salad!

It's probably not fair of me to assign the Dressage Queen label just yet- these ladies seem super chill and I didn't spot a single rhinestone. Their motto is- "We all help each other."  Read Zero Drama.

As an added bonus, it sounds like we may snag the occasional dressage lesson! 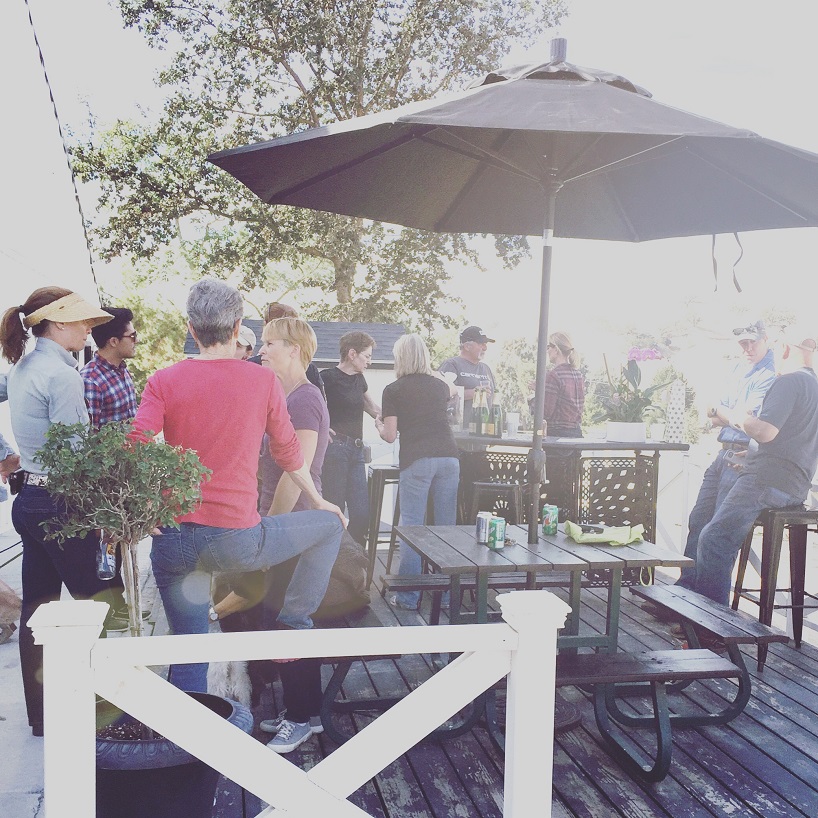 A few weeks ago Ellie and I jumped a 3' standalone fence. TWICE!

We were jumping around some 2'9" fences and this vertical had been riding really well so I nonchalantly suggested we put it up. Like so chill. "Hey- why don't we just put that up a hole?"

It wasn't until I was riding towards it that I realized the gravity of my situation. But it showed up.....a little deep, I sat back a hair, and over we went. That was the first time....the time not captured on video.

The second time I was like, oh shit I don't see anything! Pace! Kick! Run! Maybe if I Wiggle/Twerk a bit something amazing will happen. Nope- just a little long.

I usually get super excited when we "move up" but this just felt like we'd finally gotten to a place where the real work begins.

I recently ended up with a standing desk- this giant, black plastic monstrosity that has absolutely taken over my workspace. In an effort to make it a little more palatable I've added a few potted succulents in hopes of adding some visual interest. Paul drove me around to a million different nurseries and we spotted these cuties (pre-potted) at Cactus Jungle in Berkeley. 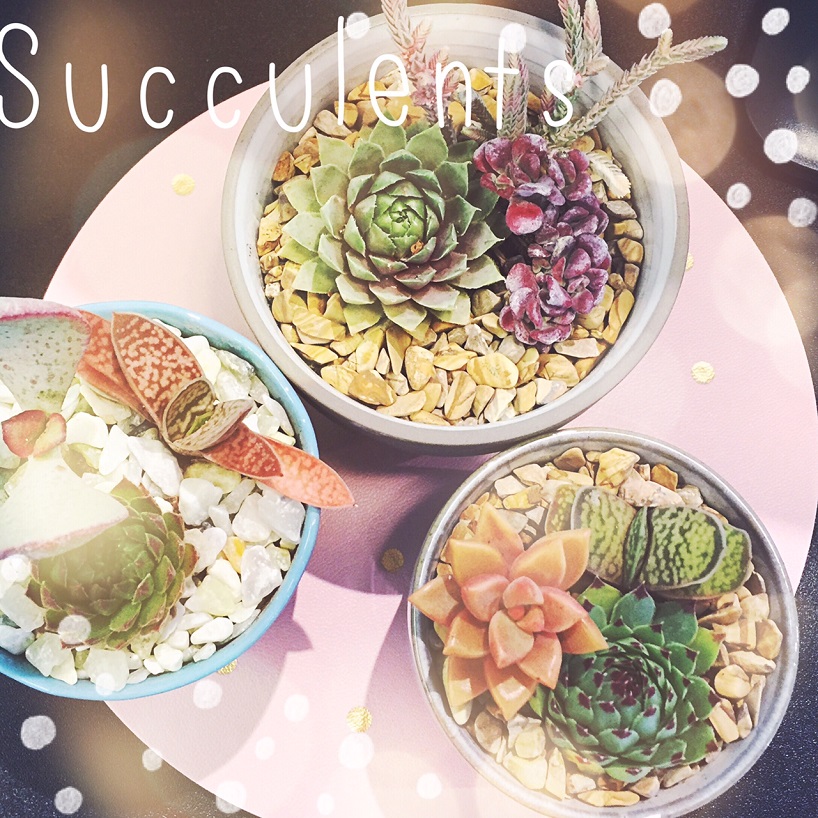 I have the best coworkers and have been meaning to get Nazera out to the barn for a hot minute. By day she works on Ariat's Marketing team but moonlights as an Equine Masseuse. Ells hasn't gotten a massage for a few years so it was nice to start that cycle again. I think starting a more regular schedule of chiro and massage may help to extend her stifle injections (fingers crossed anyway).

Generally my horses tend to get far more spoiled by bodywork than I do but I just happened to cash in on a gift certificate for a massage Paul got me back in 2013 on Saturday afternoon and I feel great! Massages for all! 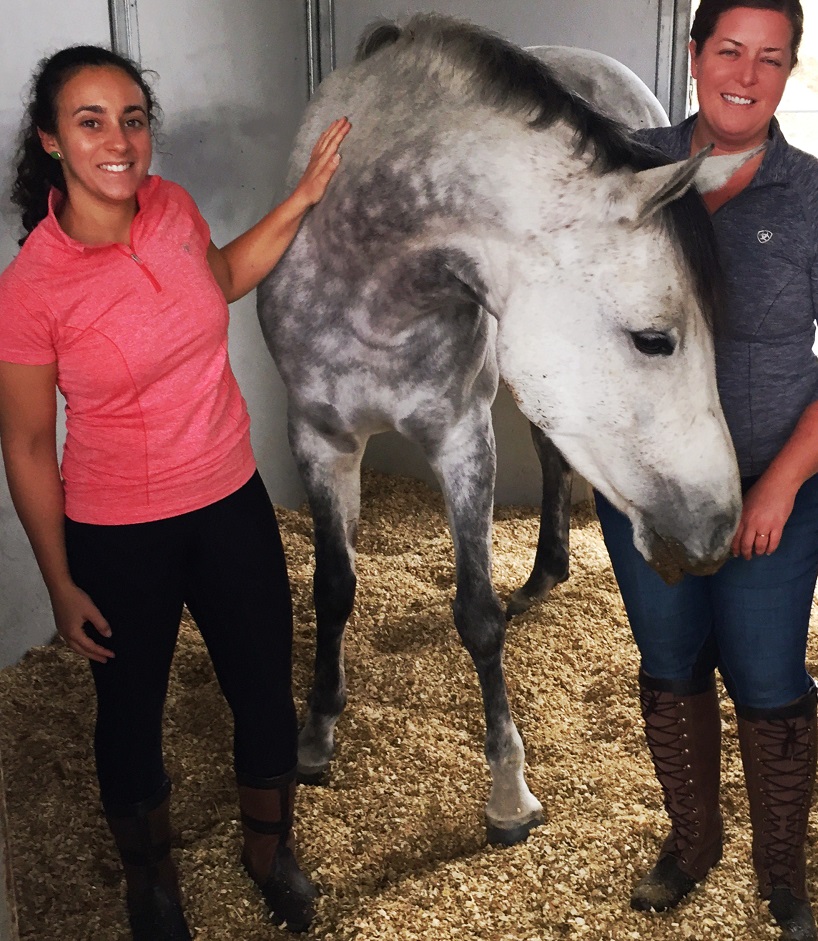 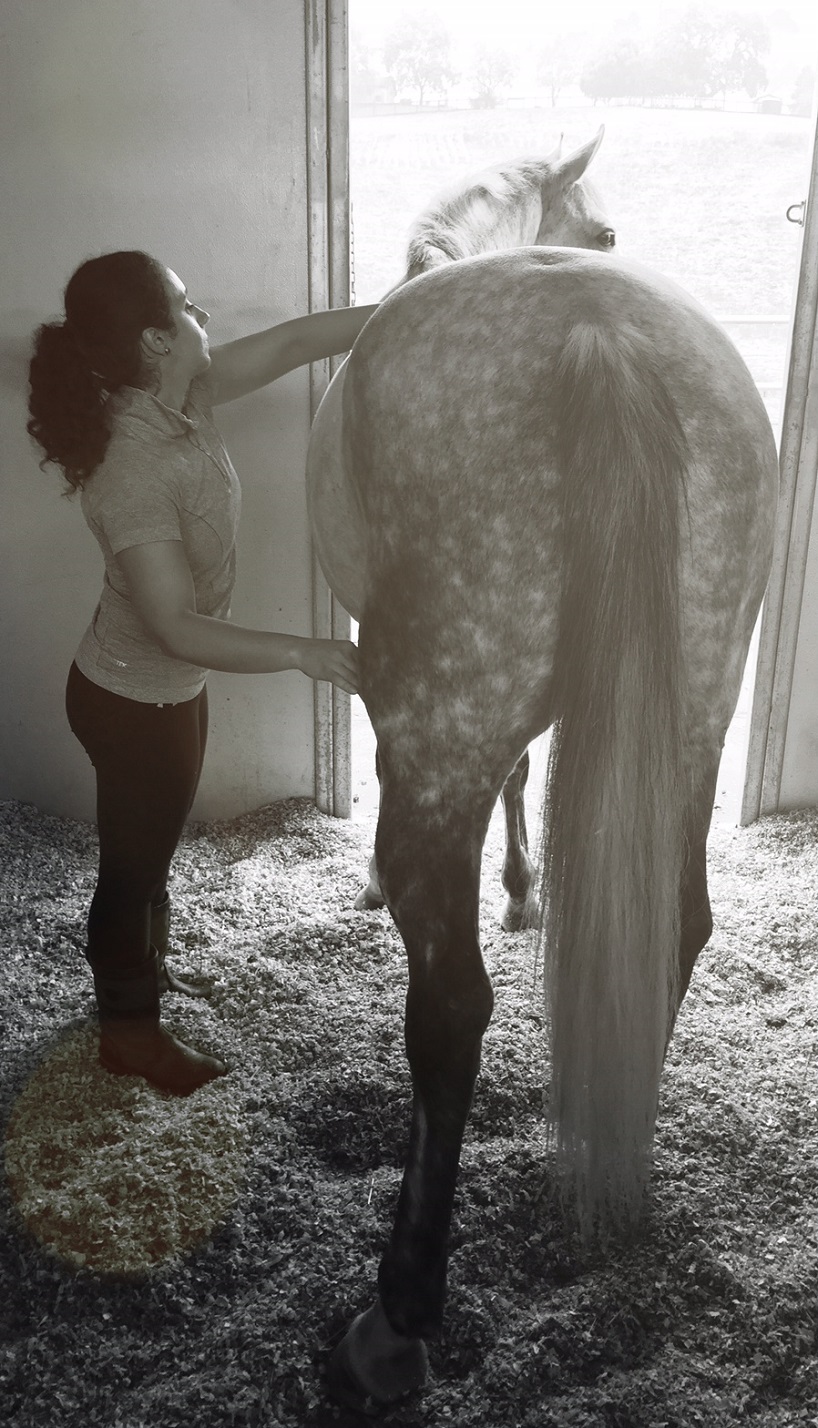 Wrapping up our Sonoma show a solid month later! If you recall, our biggest challenge at Brookside in April was getting down those damn lines. So I started off the 2'6" Hunter division with some big spurs and a goal.

We dusted off some cobwebs on Friday and I realized that my left hand has a mind of its own (pulling + kicking = refusal). We got the strides in a few lines but Ellie's stop out of the tough diagonal line challenged my confidence. Ali suggested putting a colored band in Ellie's mane that I could reference for my hands when we got into the line- so on Saturday I added a little blue bow and each successful line was purely due to landing the first fence and "grabbing bow."

There was a tragic Flat class but I'm going to blame a saddle pad switch-up that left Ellie with a bee in her bonnet (even more so than normal). Something on that pad was incredibly bothersome to her- to the point where she looked like a large gray dog shaking off water.

We did have a Saturday class where we got ALL the lines (see Ellie round 1 video), a Derby with an accidental trot fence, and a Sunday Medal that we were busy killing until we trotted the last fence. So new goal. Don't trot non-trot fences.

Paul came to watch on Saturday and he took tons of photos and video for me! I was excited to show him how far we'd come! He was a trooper and staying till the bitter end (my over fences classes went at 5).

And I realized that I have the most supportive friends who send you awesome texts (see Trot Fence video) in response to watching a video of your Derby round.

Hoping to squeeze in one more show before the end of the season so we can canter some full rounds!

Between the Oakland Raiders game the afternoon and the Debate the evening I am totally spent. I haven't been to an NFL game in about a decade and honestly, I was not super pumped about going to see the Raiders- they're a bunch of hooligans after all. I was pleasantly surprised by the crowd- lots of cheering & camaraderie....of course it helped that they won! 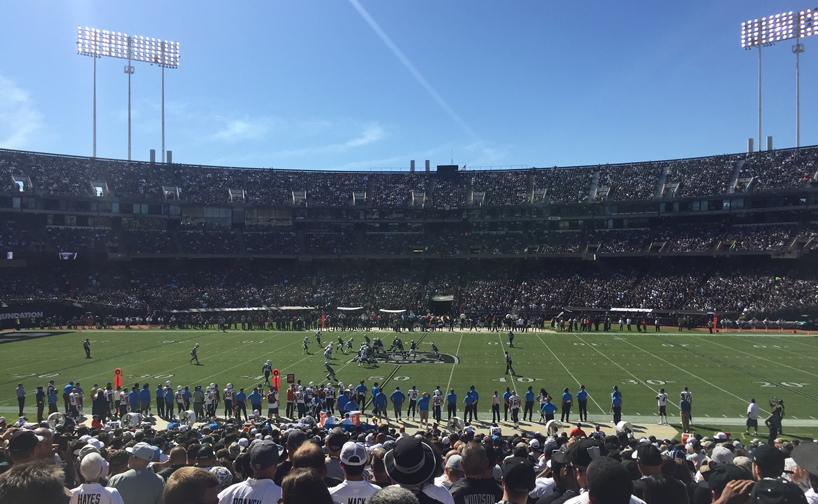 Ears forward Ellie. To me that means that she is looking at something she shouldn't be or about to do something terrible. But in my 8am lesson on Tuesday and my 5:30pm lesson on Wednesday, it actually meant that she's engaged. In fact, while we were warming up on Wednesday Ali noted that she hasn't seen Ell with her ears so perked while just doing flatwork. Winning!

So as I rode around clutching my reins I asked Ali to please understand that I need a moment to get used to ears forward. Ellie actually is not going for attempted murder but maybe, just maybe is enjoying her job.

We've started riding in the Jumper ring versus our big oval ring. It has a bank, a little down hill/ uphill thing (I don't know the technical term), and a tree growing right in the middle of it! Maybe a little change of scenery? More things to keep her busy? Riding at some different times of the day in the cool, Fall weather? Whatever magic is in the air, I'll take it.

Or maybe it's the overnight turnouts. Yes. I said it. On Wednesday Ellie had her dinner in turnout and got to stay out until the next morning. Tell me where else in Cali there is "pasture" board? It makes me so happy. 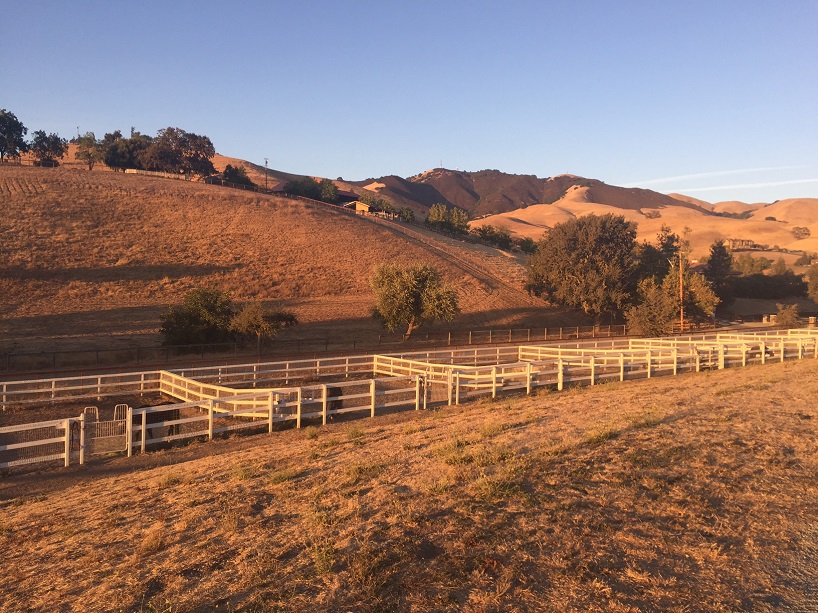 This is what an 8am Tuesday lesson looks like..... 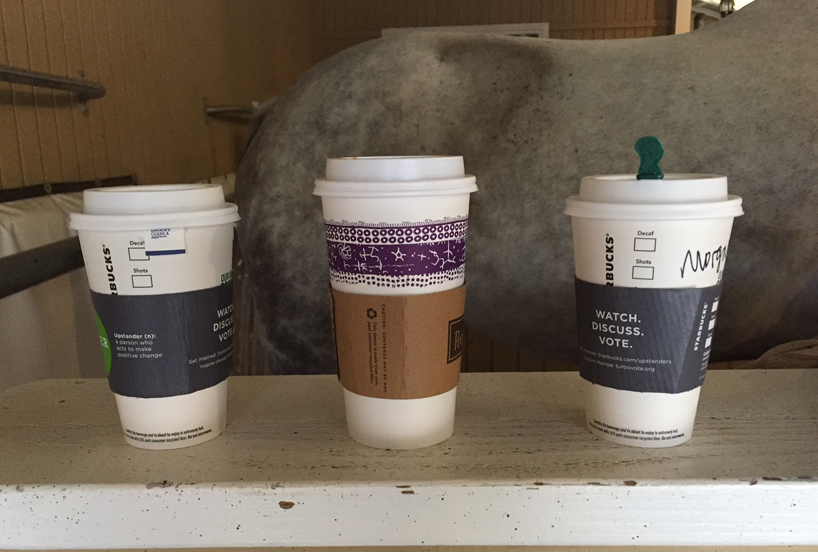 For Ellie's last two shows I had been able to see her go on both Pro days- Wed & Thurs. For Sonoma Strides & Tides I was only able to make it out for day 2. I had heard that Ellie had been a good girl but the competition was stiff. For some reason Sonoma wasn't running the Baby Green Division but instead had a 2'6" Open- which meant she had some former Derby horses, some current Derby horses, and just generally nice finished horses in her division. Naturally I was totally miffed about until she got 5th out of 19th in one of her classes.

OMG- yes- I am very aware that I am the overzealous Mom standing on the sidelines shouting asking why there are Varsity players in the JV league.

I think she's just about ready for Pre Greens! 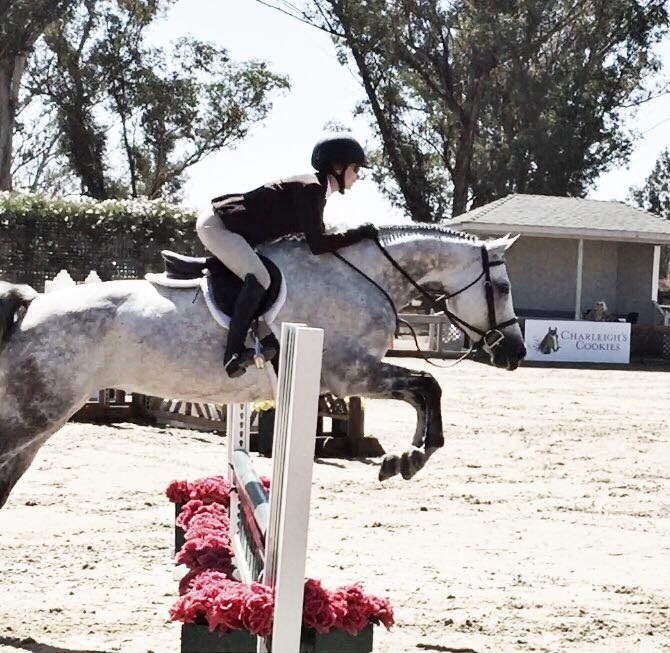 So much has happened this past month and I am getting sidetracked by technology while trying to knock the blog rust off (e.g. just spent the past hour trying to renew a domain name, fix my google analytics, and organize photos in Elements 10.....did not succeed in any of the above).

In the past 30 days:
- Westhaven team gave notice at our current boarding facility to move to a new spot a few streets down
- Horse Show @ Sonoma Strides and Tides
- Ellie and I made the difficult decision to stay behind at Fairmont under the banner, Landmark Equestrian, Ali's new business venture

I love our facility, the small but mighty group of clients, and that Ellie's training program isn't disrupted. There will be some changes to the schedule that will hopefully help to accommodate my weekday rides a little more. So overall, very few changes for us- just opportunity to continue to move up and grow! 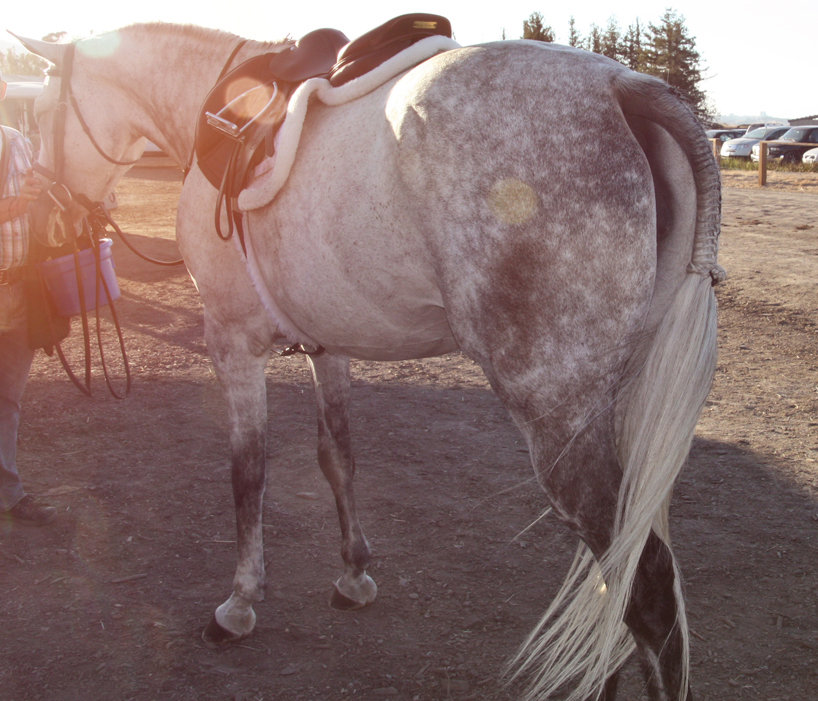