Derby Day! Murieta ran an $18,000 Derby across three different heights- 2'9", 3', and 3'3". While the height range is pretty enticing (there were about 50 horses entered) I did recall from earlier this year that they also have this absolutely terrifying log fence that a good number of horses had turned away from.

In addition to the log of doom they also had a barrel jump and between the two of those, the cold weather, and the late evening- the class was basically carnage. Like there was not a score above 60 for the first half. And this is a B rated show!

Fortunately I did not have to witness any trips before mine- we went second.

The course walk opened at 5:30 and the class started at 6. It took a second for my brain to relax during the walk- what sounded like a jumble of fences at first turned into a pretty straightforward 10 fence course with a bunch of bending lines.

Our warm up was somewhat ill-fated just given that there wasn't the opportunity to really take a breath. And poor Teddy- my butt turned into a rocket seat and I was clinging to him with legs of steel.

Walking to the ring our name was being called with an open gate- there was no "hurry up and wait" here. I was terrified- there were literally tears welling up in my eyes and Ted was not interested in stepping into the ring. Poor Ali was like "take it down a notch" please. And in we went.

This is a wonderfully edited video of all the best parts of our round! A flash went off after our first fence and he gave a pretty solid dolphin. The next element was a galloping 9 stride line and I was interested zero in doing that so we crawled down it in an 11 (I just cut that whole line out). Then into a bending 10 to the barrels- he landed cross cantering so I made a very large and very slow circle before catching the out fence (the out is the second fence in this video). Into a 2 stride which we drove right by since we were moving a snails pace. I don't fault the guy- we didn't have enough canter to make it out. After the stop I looked over at the gate and Ali asked if I wanted to come out. Some shouts from the stands encouraged me to keep going and the entire peanut gallery was clucking us along as we cantered past. Last a bending line, the scary log being the middle jump was supposed to be a 7 to a 6....I did a 9 to an 8.

BUT we finished. And for all the horses that stopped out at the barrels and log (Ellie for example was excused)- Ted didn't even blink. AND he landed his left lead out of the two and carried it for the balance of the course.

I have to split this day into two parts because Ted and I COMPLETED a Derby Friday night and that, my friends, deserves a post all of its own.

Ali had ridden Ellie to success in her 3' classes earlier in the week (and we actually cut the division short because she was being so good) and just hacked Ted. We changed the recipe for him a bit and are keeping his pro days super light.

So I kicked my day off on Friday with a flat class on Ellie. The division was large so they split the group into two classes....and even with the split it was pretty miserable. Lots of getting cut off and maybe breaking to the trot.....or not considering we placed third. Shhhhhh.

Elle and I bumbled around her first 2'6" round- I leaned into a line and she stopped. Coming out of the second course we pinned 8th which I was super pleased with.

The ring is long and narrow- the lines were set at 5 and a 6 across the diagonal. I like it for Teddy because he doesn't have time to get rolling/ super long and low. For Ellie it feels like we have to keep a ton of pace to keep ticking along. Very different rides! 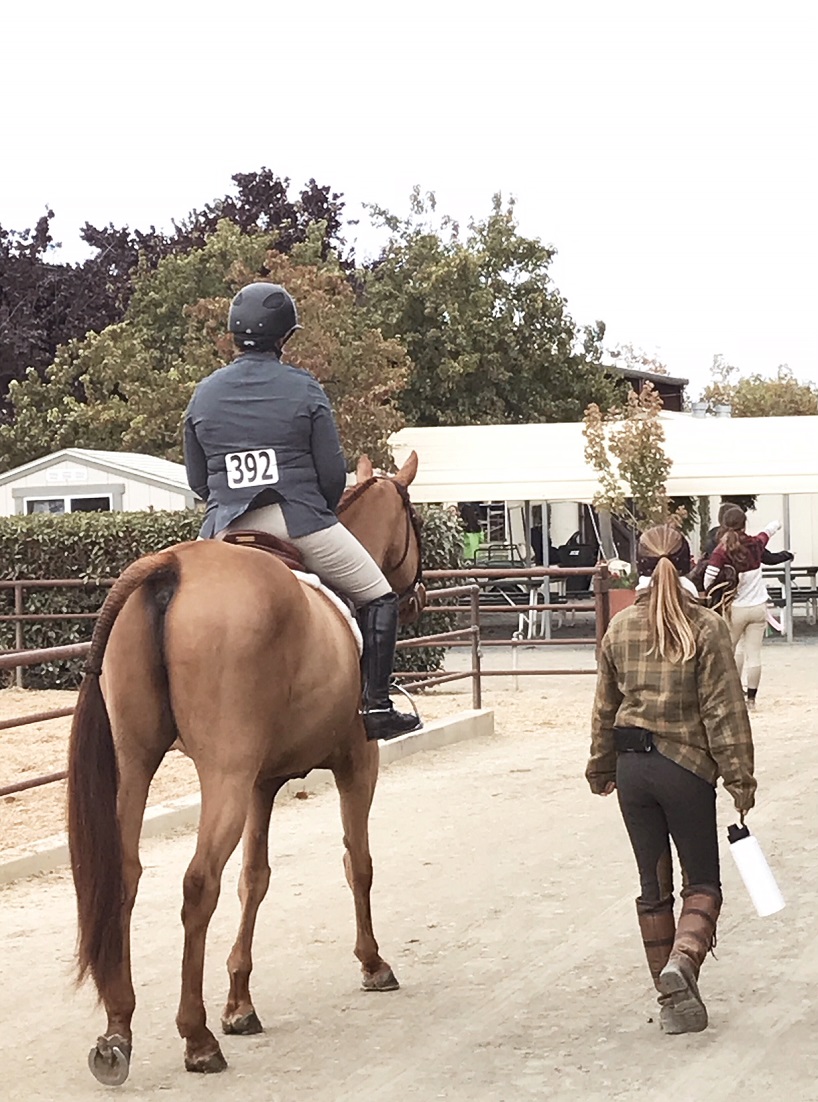 So I jumped on Ted planning to use my 2'9" rounds as a warm up for the Derby. Keeping in mind that this was my lackadaisical thought process....my normal brain was very much noting that this was my third show at 2'9" ever. The above shot captures Ali and I walking to the ring- I was literally asking her if she was SURE Ted was going to be a good boy not having been schooled all week. 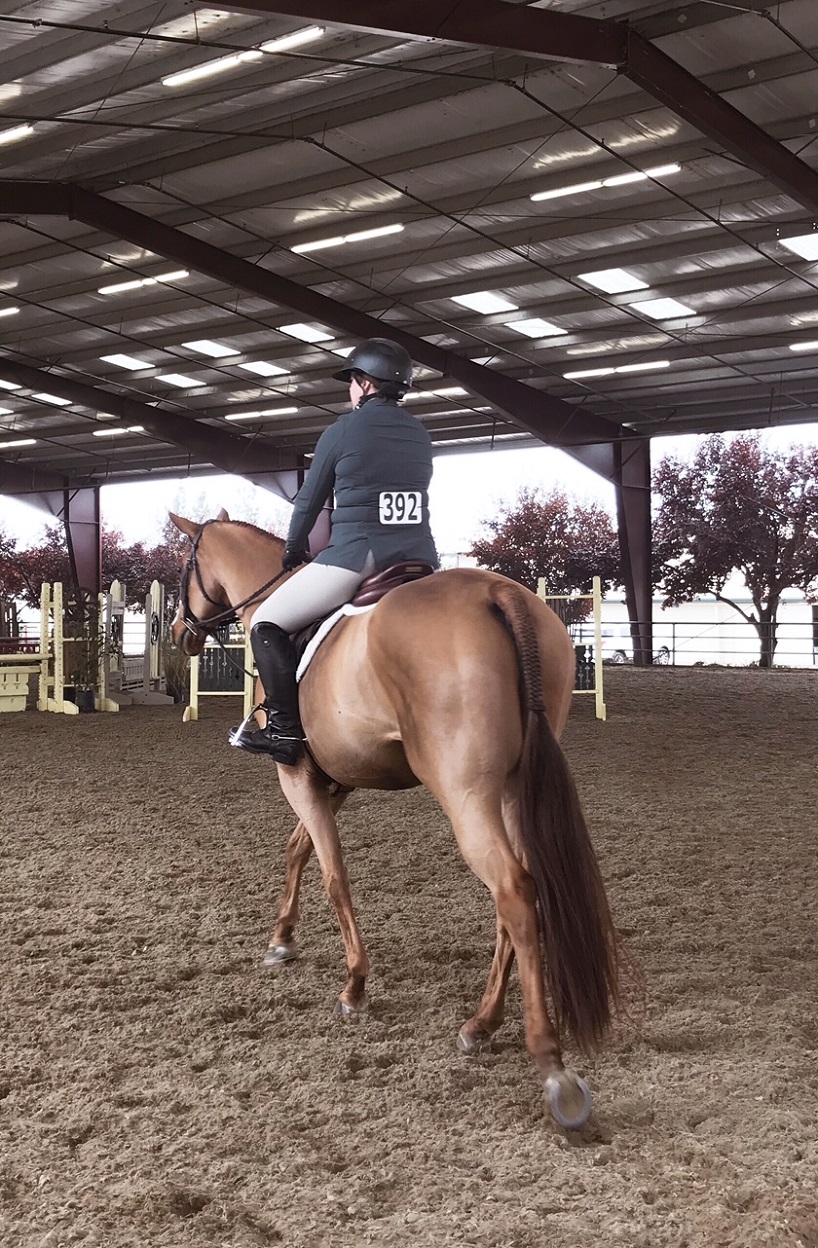 Spoiler alert- he was an AMAZING boy. Ted jumped like a FREAK, and played a little bit after the best fences. And landed his leads. I could not have asked for better courses on this beastie. First place in both rounds over fences. Shoot. Let's go Derby right? 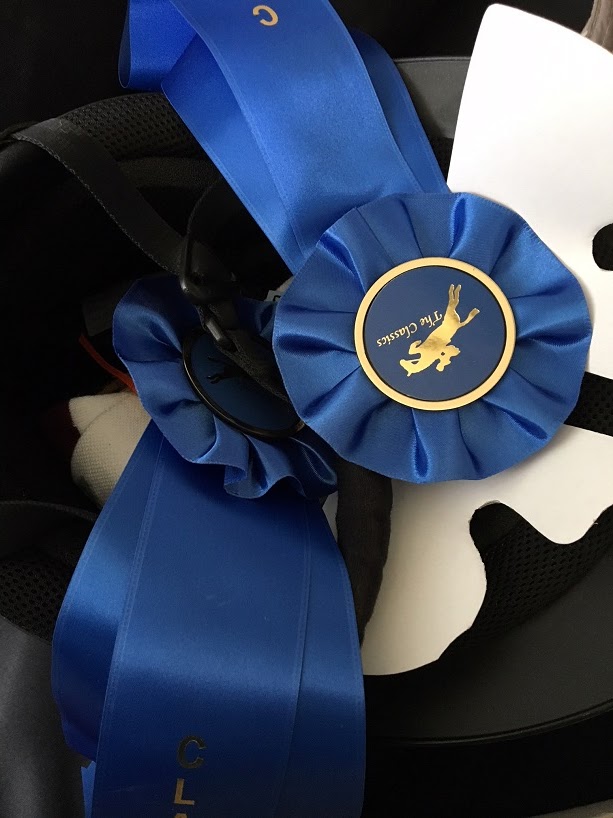 I have Tracy at The Printable Pony to thank for this post. Not only is she saving us from continuing to land on my April 5th too small white breeches photo..... my Equestrian Blogger gift giver will feel confident that I am a real person who actually does blog on occasion.

Hard to believe Tracy has been hosting this fun event for FIVE years running! I've participated each year and have such a fun time reading and discovering new blogs. As a hoot I grabbed my recap posts from the previous year exchanges!
2013
2014
2015
2016 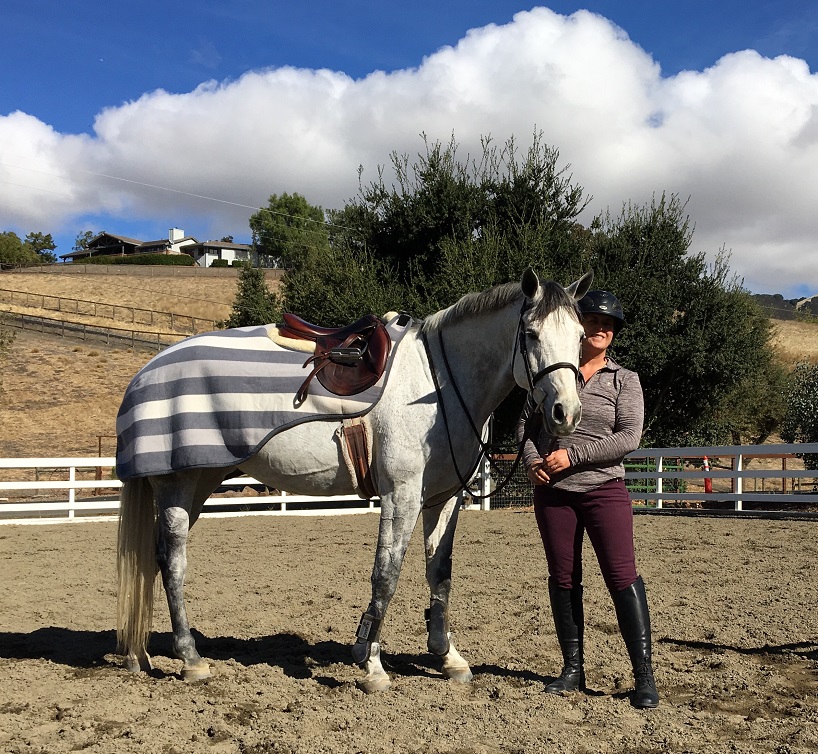