Paul and I are resurrecting date night on Wednesday night and despite my late arrival home we had a jolly time at an Oakland dive bar- The Alley- over in the Grand Lake area.

Now, The Alley isn't really about the drinks- more about the character, karaoke, and they actually serve a very good steak. At $12.50 a plate I'm a relatively cheap date.

Although out of character for me, after one Anchor Steam, I suggested doing a shot. Like what? I was the gal in college that either sipped shots or threw up (for real). Paul pointed out that it was good that after all these years I could still surprise him. I'm not sure if I should take that as a compliment.
It was just one of those days and Paul suggested Tequila.

Then we headed home. It is a school night after all.....and we're old. 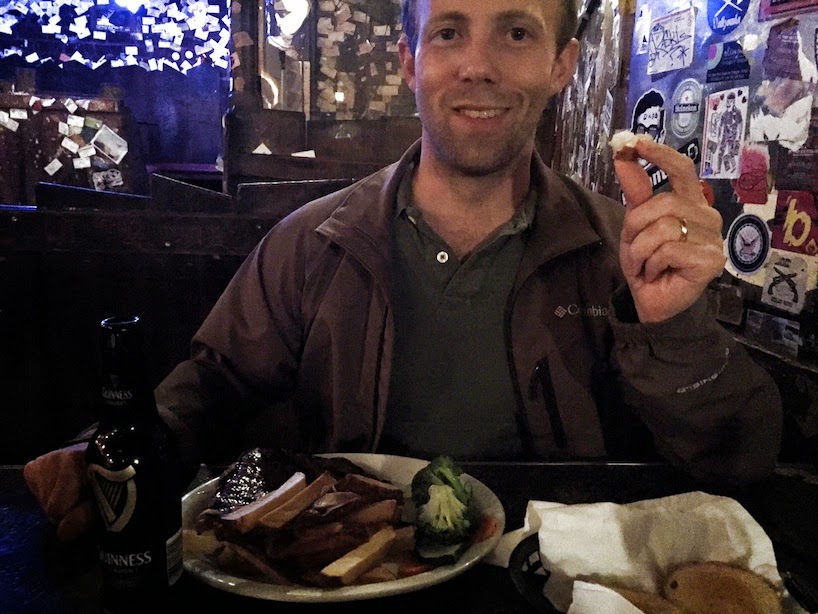