Feeling so lucky to have such awesome barnmates! Our 5pm Tuesday night is a tough- rushing from work with our first rain of the season. Traffic was particularly bad tonight.

And in a particularly odd twist most of that time in traffic was spend trying to get down the Shiloh West driveway. You see, there happens to be an Indian guru named Amma who has built an empire out of giving HUGS and her compound is located on the property. Seriously- I texted Kelly that I was stuck in traffic ON THE SHILOH WEST DRIVEWAY and that I might be late. She suggested I stop for a hug on the way in.

Anyhow. I opened the lid to my trunk and there was a gift card to a local wine bar, Toast, and a cute card that talked about girlfriends, wine, and chocolate (three of my favorite things!)!
Working at Ariat has its perks here and there and I love to share with my barn family when I have the chance! Frankly it's a bit of a no-brainer. Breeches in the giveway pile- grab 'em (and if I wore a 28L no one at my barn would be getting breeches), VIP cards- grab 'em, shoot sampes- grab 'em. So I feel very touched that my friends went out of their way to give this thoughtful gift and thankful to be part of such a great group! 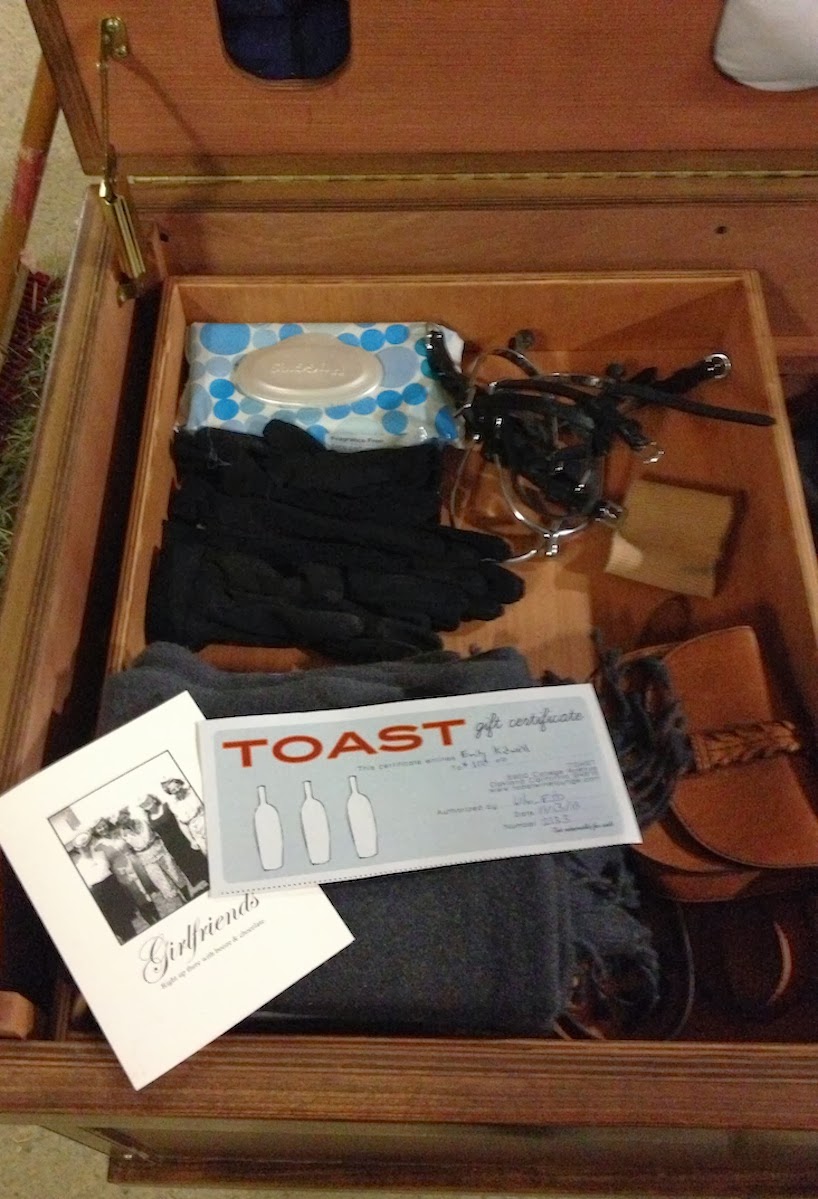