I've got the Overtime Blues and Wilbur has New Shoes

What. A. Week. I've had two different coworkers mention that I don't appear to be quite myself. That theory was not negated when I found myself wandering aimlessly around the marketing area clutching my furry blanket and a can of coke this afternoon (the blanket was a sample that I have on my person all the time since the air vents have been fixed and I was up wandering because IT was at my desk working on my computer.....which apparently has a virus).

I was walking out the door ready to head to the gym when I realized that I didn't have my phone. A furious search ensued that had me all but convinced that my mind really was lost. When I had finally exhausted all of my resources including (but not exclusive to) speaking to the facilities cleaner, asking a coworker to email my IT friend to see if he had swiped the phone, and finally *dejectedly* telling the remaining IT staff of one that I had lost my phone somewhere in the building.....eureka! Use your lost Iphone app dum dum. So I marched back to my desk to do just that that when there it was. My phone. Sitting on a stack of papers.
No- I did not leave it there. It turns out my IT coworker DID accidentally grab it by mistake. Haha.

To switch gears......I received a call from the barn manager at Brown Ranch while I was at Menlo on Saturday. A border had called and said that Wilbur was dead lame in pasture and he looked like he was in a lot of pain. Turns out- the farrier was out that day- and per my instructions had pulled his front shoes. Now I will just say that I pulled his back ones and sent him up North without a second thought. My plan was the same here- he has good feet- he'll get over it- please give him some bute.
Totally different to see him in person and Sunday morning I made the quick decision to pull him into a stall and have the shoes put back on. If nothing else- I just needed to sleep on Sunday and I was too worried about him being harassed by the herd or tripping.

Barefoot has a lot of believers and non-believers. Wilbs has been barefoot for most of his life, grows hoof really fast, and Brown is not the type of place to find a 6 week shoer. We'll call it an experiment gone awry. I did have a chance to meet Alex, the farrier, and we do have a plan to keep him on a shorter cycle which is helpful.
Poor Wilbur peering at us from his home for a few days! 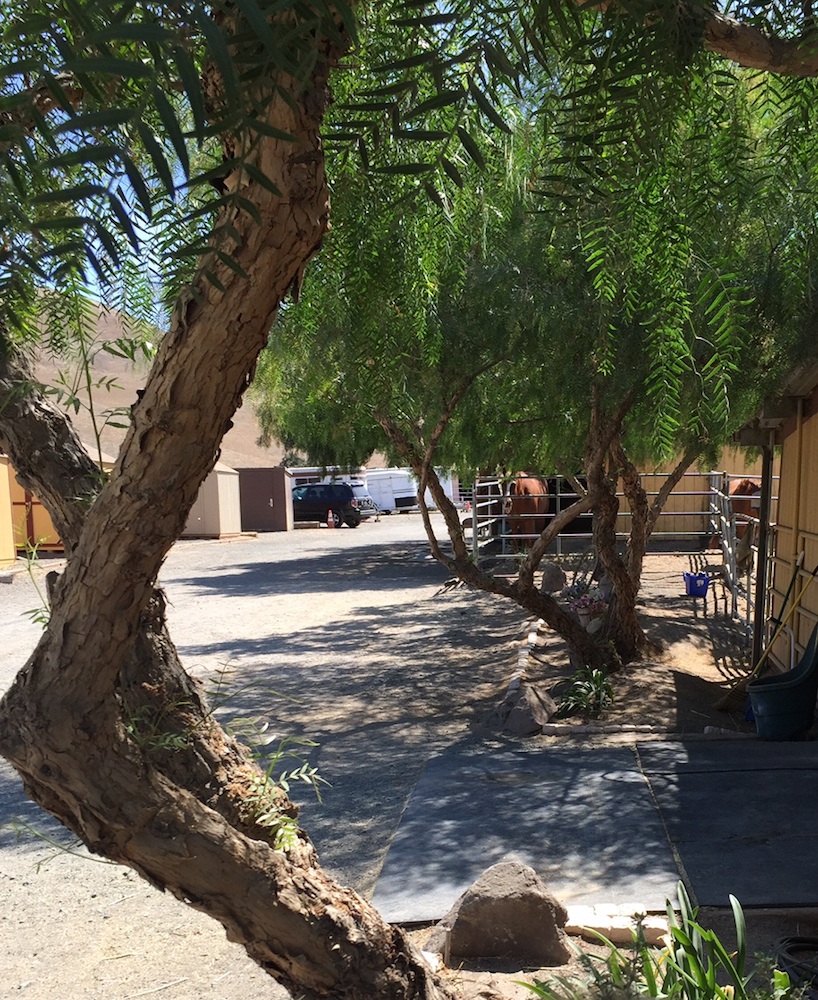