What Happens in Vegas....

Goes on the blog. I was there for an overnight but had a full two days at Platform, a trade show that I usually attend twice a year.
My flight left Tuesday at 5:40am out of SFO. Living the Bay I have 3 International airports- San Jose being the farthest, SFO being about 20 miles BUT bridges, and Oakland about 10 miles.

When I can take a Southwest flight I usually make a point to fly out of Oakland, a Southwest hub, but booked my tickets too late and ended up out of SFO.

I had set an alarm for 2:10am, planning to do my hair and makeup at home before heading out. Honestly I was too tired and knowing that I was getting in at 7am I decided just to get ready there. Plus I plug in a podcast and fall asleep on planes so it seemed like an opportunity to look a little less disheveled than usual.

Despite making this decision, my sleep deprived brain didn't think to grab an extra hour a rest- instead I managed to drop my car off at long term parking and get to the terminal at 3:30am. Yes. More than two hours before my flight.

As an aside- I've developed a bit of a phobia to early morning driving- convinced that every driver out there is quite likely drunk.

Anyhow- the only photo I got of the entire trip was putting on makeup in the McCarran airport. Enjoy! 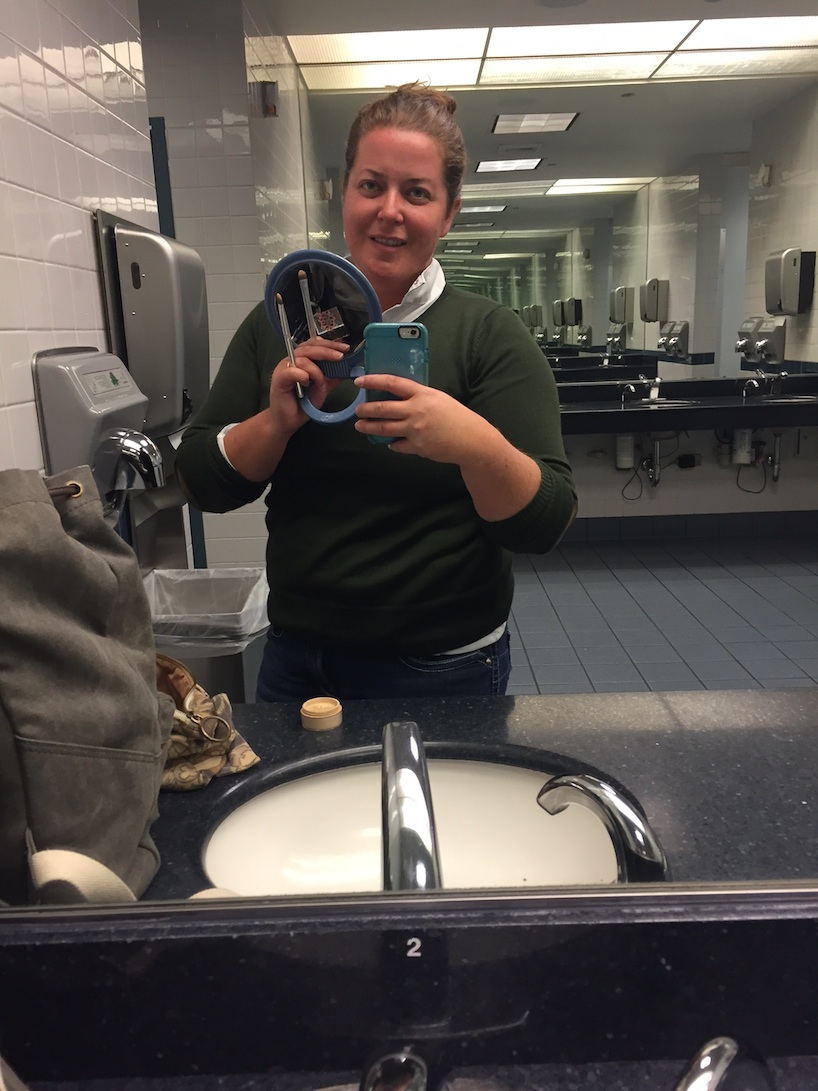