Where to start? I arrived at Pioneer Equine Hospital at 10 even though the appointment wasn't until 11. I wanted to make sure I got there on time and before Wilbur arrived. I stopped at Wendy's to use the bathroom and it was one of those odd situations where I was the only person there an the gal behind the counter greeted me when I came in. So I decided to get breakfast until I found out that they don't actually serve breakfast so I got a Junior Bacon Cheeseburger. At 9:30 in the morning.

To kill time in the Pioneer lounge I watched a surgery. 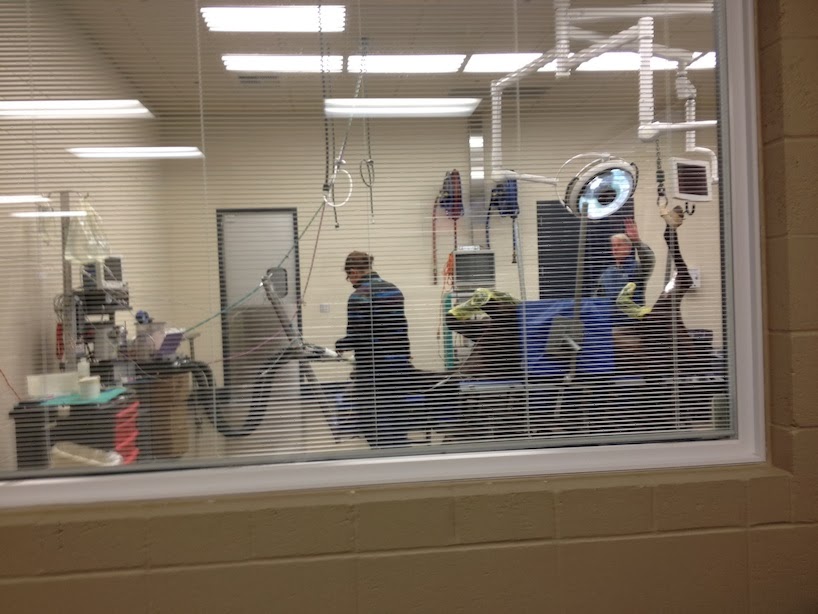 Marlene, the saint that she is, drove three hours this morning to deliver Wilbur promptly for his appointment and then waited until it looked like he was going to have to stay for a few days.
I guess I had hoped that he would hop out of the trailer and march around with no sign of any lameness. Instead the limp had gotten markedly worse on the front right.

So we started blocking- which is like injecting Novocaine into various parts of the hoof and leg to identify where the pain is occurring. In the video below we had blocked up to his pastern on the right and lower on the left. He needed to be injected again above the pastern to present without lameness.


Then we moved onto radiographs. Dr. Natasha grabbed me to review the X-rays, and while there was a slight degeneration of the navicular bone she didn't feel that it was enough to warrant his lameness. Everything else in his hoof and leg looked completely normal. 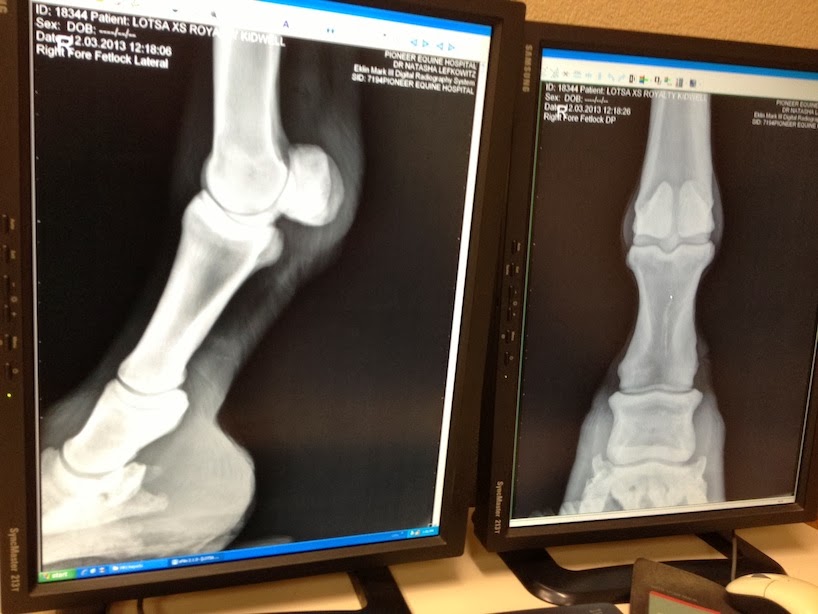 Moving on to the final trouble shooting phase, we found Wilbur in the Ultrasound room (which was dark so I don't have any pics). He had been such a brave boy all day but being in a stock with all the noise had worried him so when I found him he was drugged with his little head resting on a chair.
Dr. Suze was working on his suspensory (as the block could have traveled upwards and numbed pain in that area). He wanted to be such a good guy and stand still for us but there was quite a bit of shifting him to and fro to get the images needed.
It ended up being a great time to chat with Dr. Natasha and I found out that she rides with a coworker of mine. Claire is going to be tickled!

I had the chance to spend a while with Wilbur at the end of the day giving him a nice grooming and a few slices of Honey Crisp.

And that was it. We tried everything to identify the problem without having to do an MRI. It's scheduled for noon tomorrow so please keep my sweet boy in your thoughts.