The fun didn't stop with Ellie's Baby Greens! Rather than come home on Thursday as originally planned, Ellie and I have been making such great progress that I decided to stay on for the weekend and ride in the Long Stirrup Division.

That meant that Ellie got a day off from showing and I had planned to go into the office on Friday and get some work done because it's actually impossible to put a pause on your inbox (I'll know for next time that an out of office message is a must)!
BUT when Diane suggested I come out Friday to practice I just couldn't resist. I put in some face time at work for the first half of the day, but was quick to scoot out and spend the afternoon at the show!

I jumped on towards the end of the day with the plan of watching my barnmate, Jen, show in her jumper class from horseback, hack around a bit, and pop over a few things.

The wind had picked up, and while Ellie was unflappable, I was more spooky than normal. It didn't help that a horse slipped, fell, lost its rider, and raced around the warm up ring I was in moments after we entered it.

Ali quickly scooped me up and suggested we school around in the ring we'd be riding in over the weekend. That required crossing a tiny bridge into a new space that Ellie hadn't seen yet. Cue shot nerves.

Poor Ali. I just kept saying things like, "I can't feel my feet (bad time to break in boots)," "I'm so nervous," "this is really scary."

She just kept us working around and we finally trotted over the little purple, cantered on to another single, and through a little line.

A short and successful school before stepping into the ring for our first real show together! 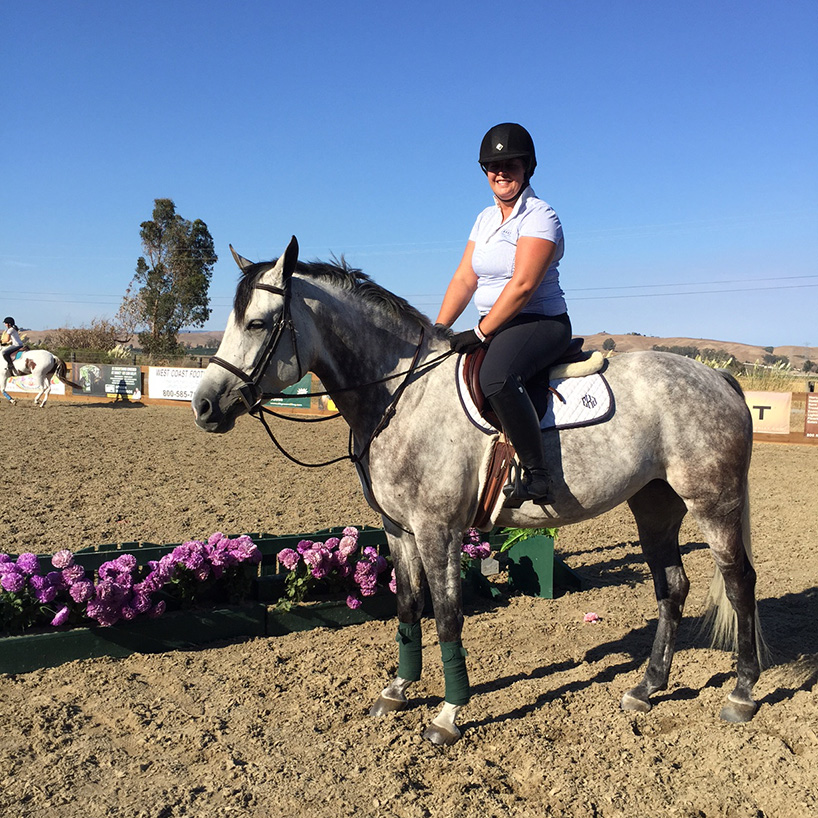