Ellie arrived at the show on Monday and had a perfect schooling day on Tuesday so I could not wait for her debut in the Baby Green Division on Wednesday! 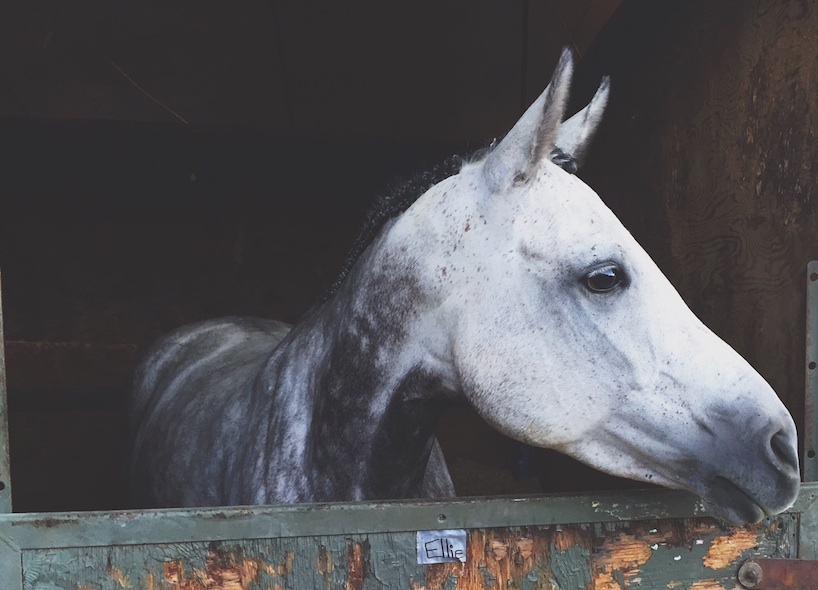 I showed up pretty dang early so hit up the VIP tent for some breakfast and followed Diane and Ali around, videoing their rounds.
The early part of the week is typically pro rides- and I had no problem letting Ellie have her best first show experience with Ali!

She ended up going at around 10:30- I hovered around anxiously while Ali schooled her and got ready to go into the ring! 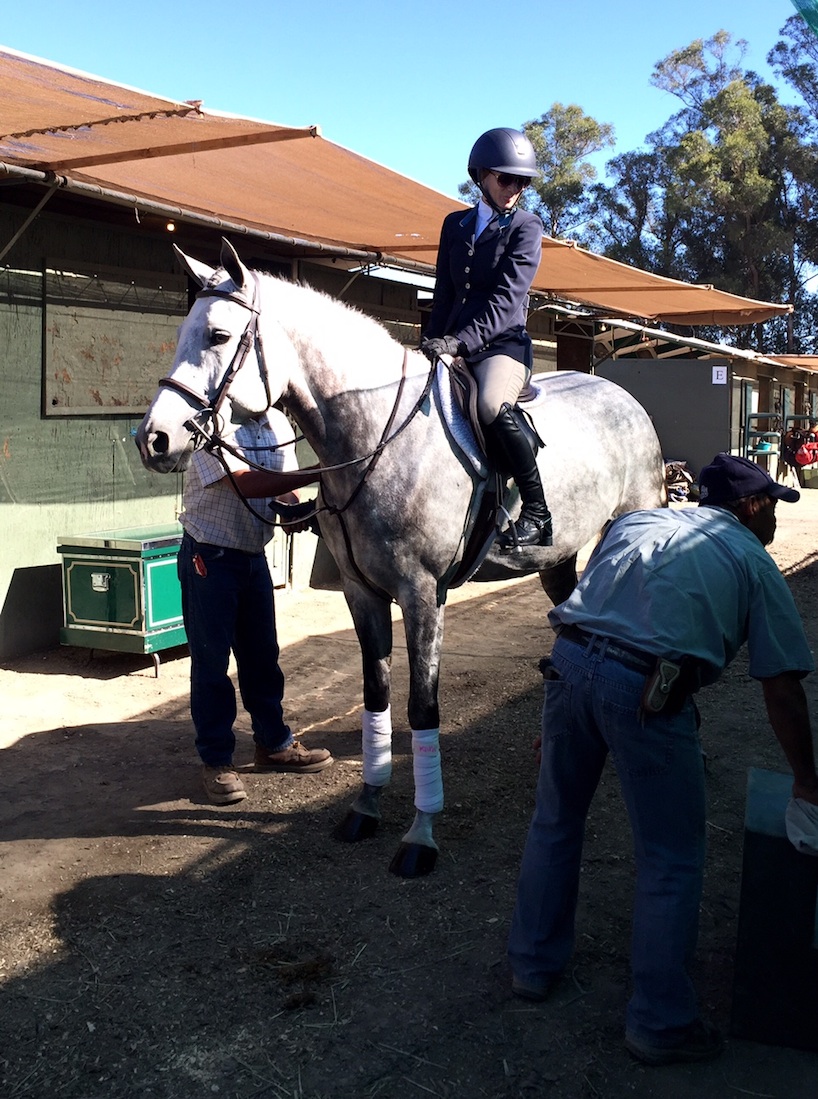 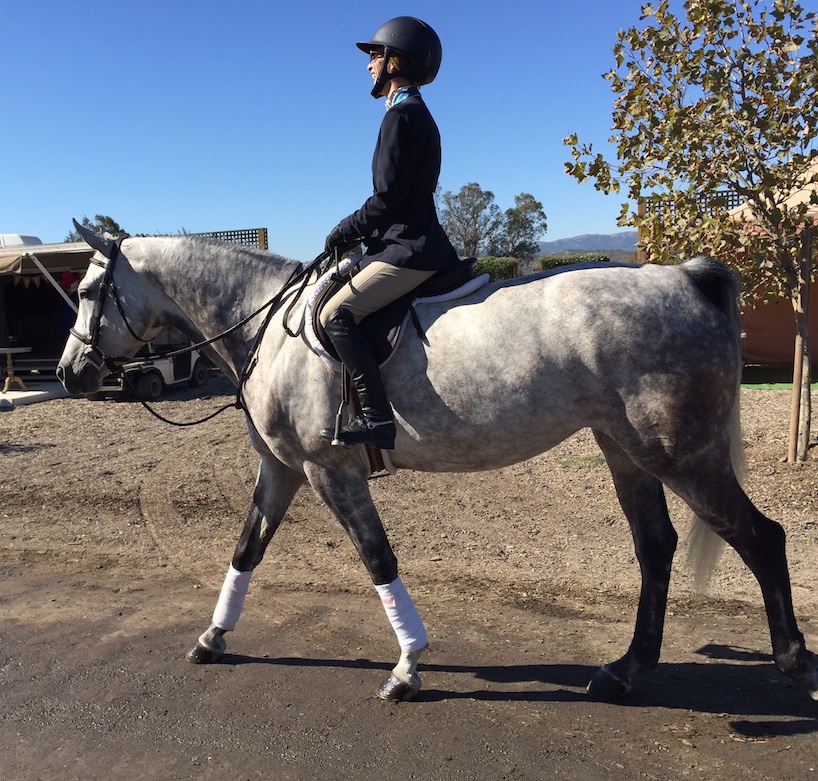 For all of my anxiety- she acted like an old pro. Jumped around beautifully, didn't peek at anything, and actually looked a bit bored by the 2'6" fences. She ended up with a second in her warm up, third in her first over fences (score of 75), sixth in her second over fences (score of 76....which I may have misheard because she actually picked up the wrong lead in her courtesy circle), and a third in the flat. 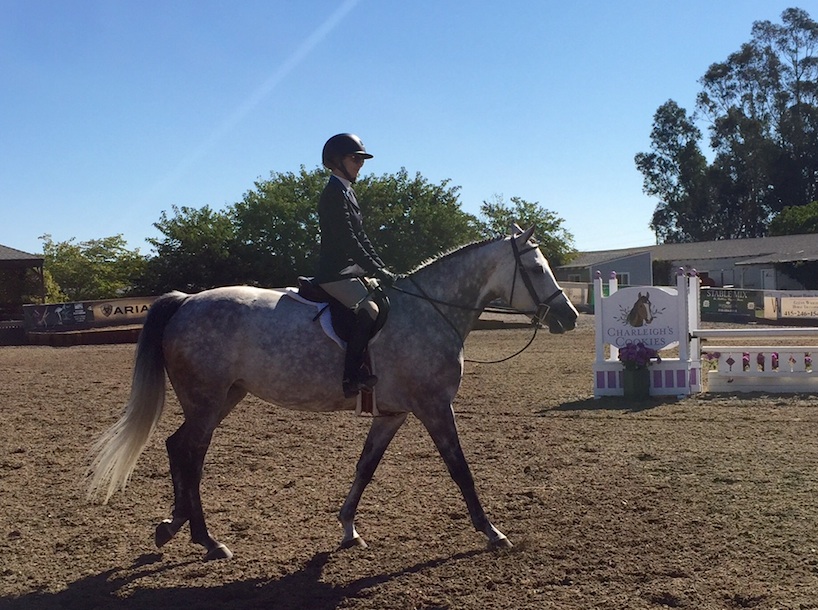 I was SO proud of her! Spent the rest of the day trying to do a little work amidst a sea of fancy horses.....very distracting!

This is what I arrived to on Thursday morning..... 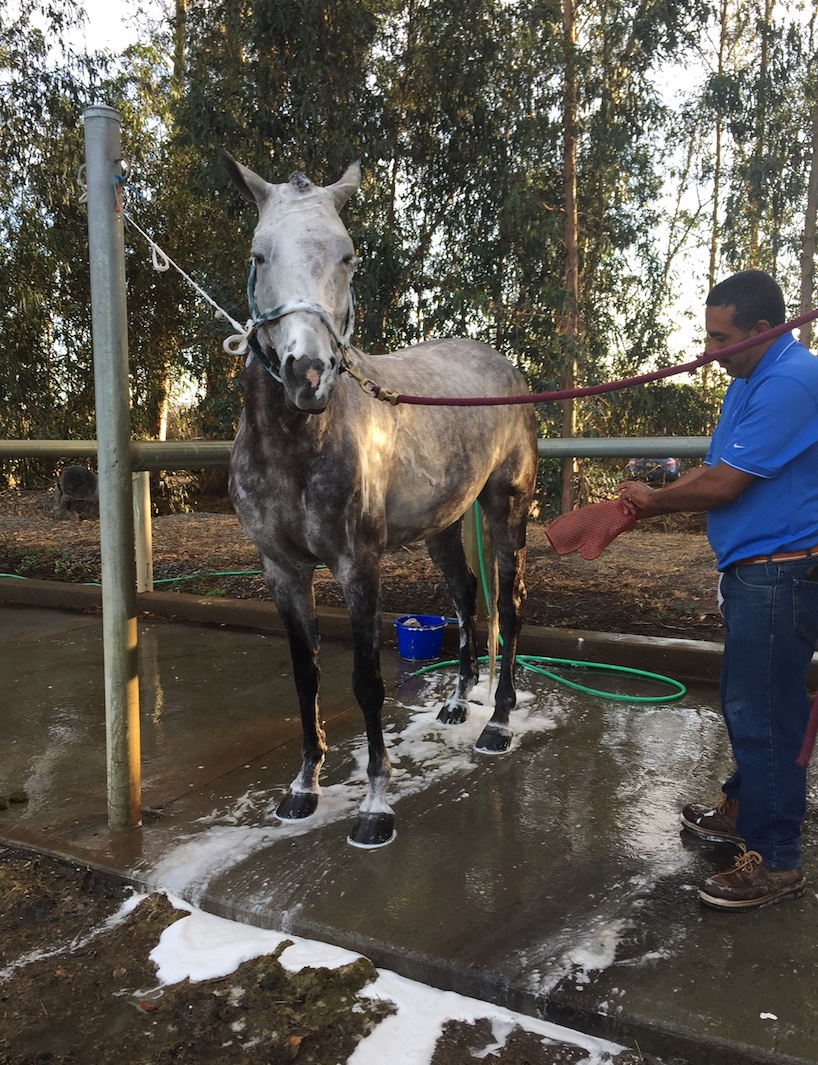 A very sudsy horse who was wondering what the heck was going on at this ungodly hour! 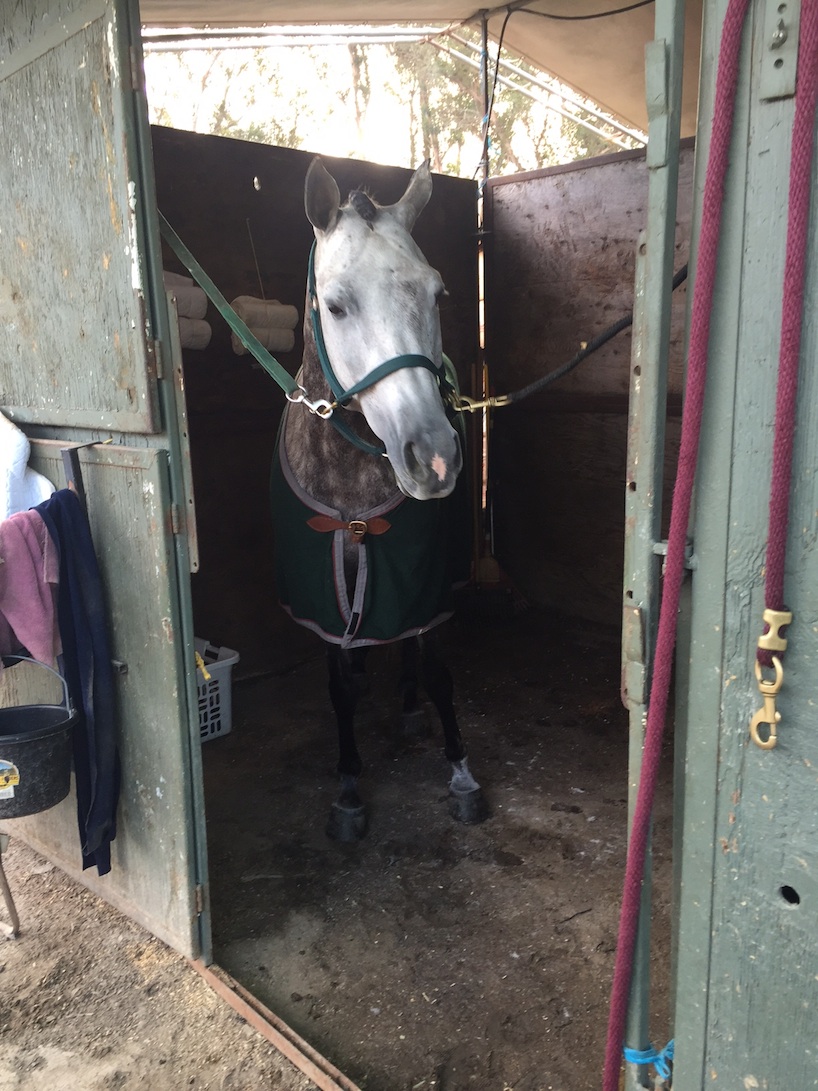 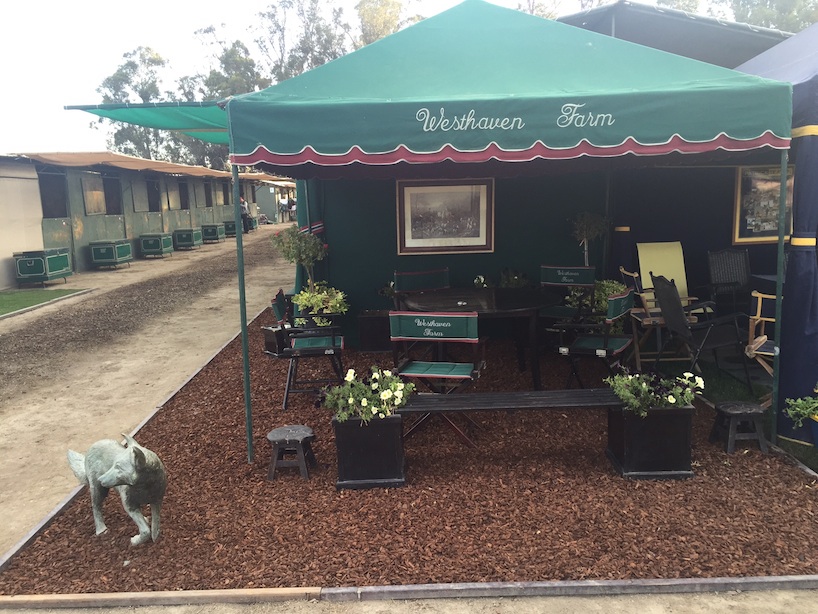 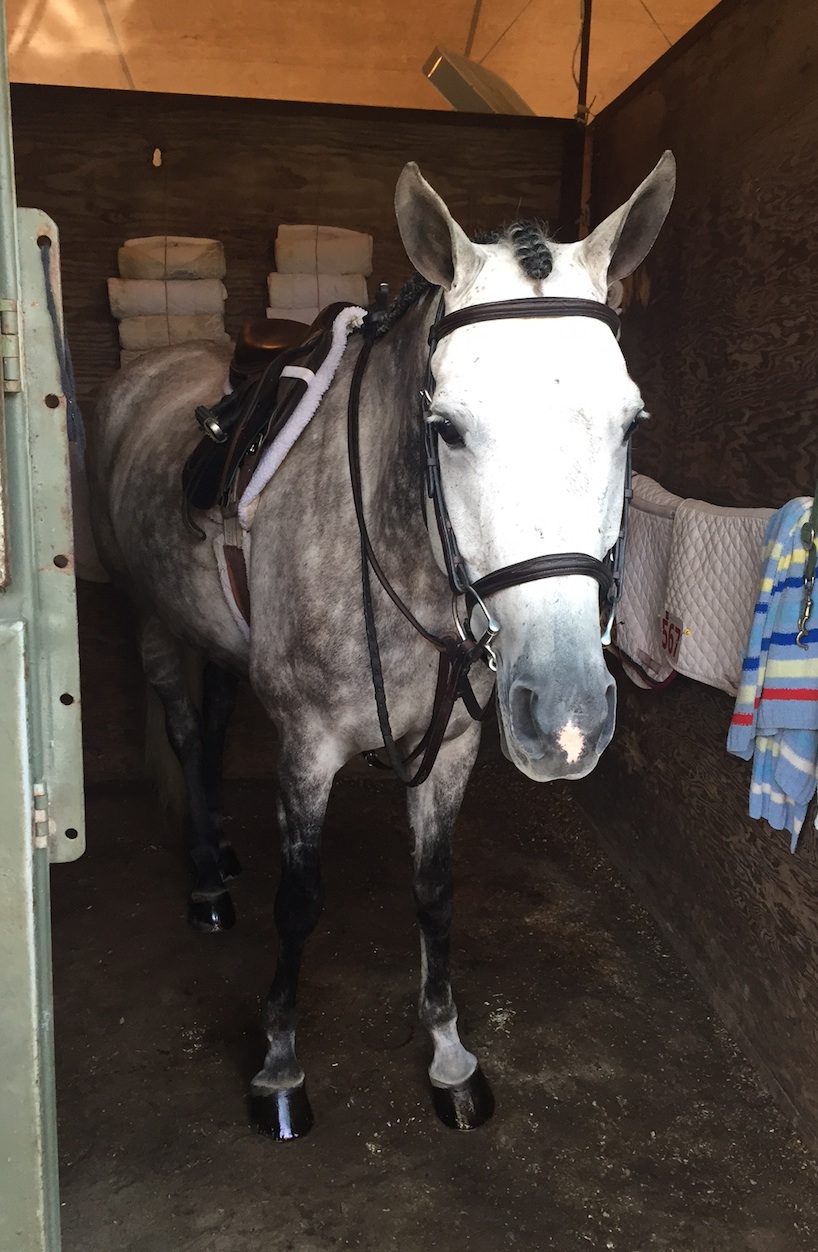 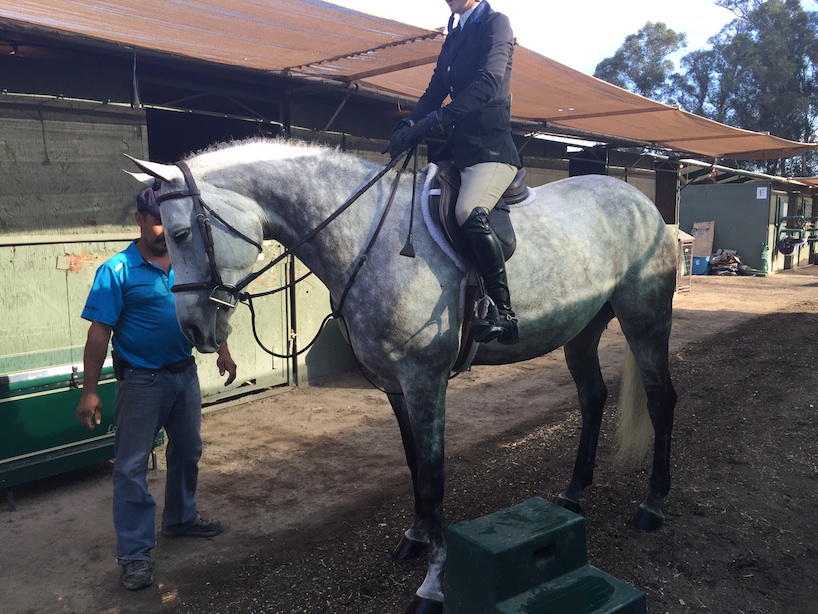 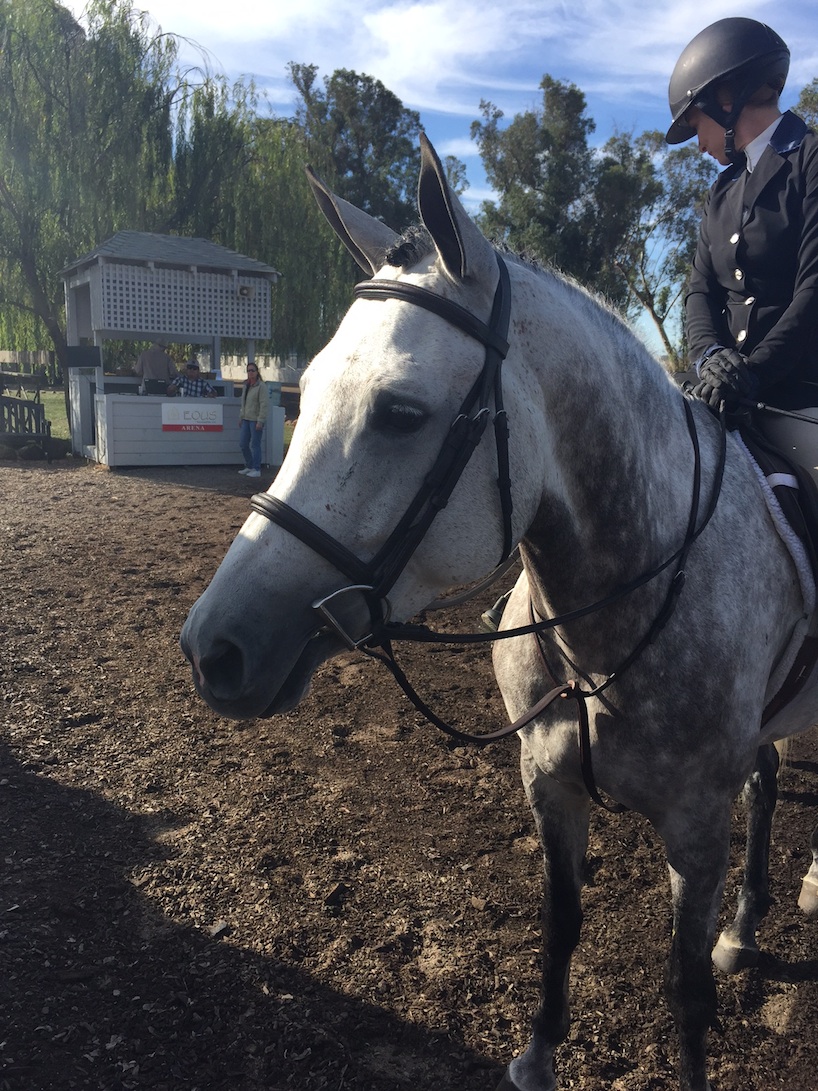 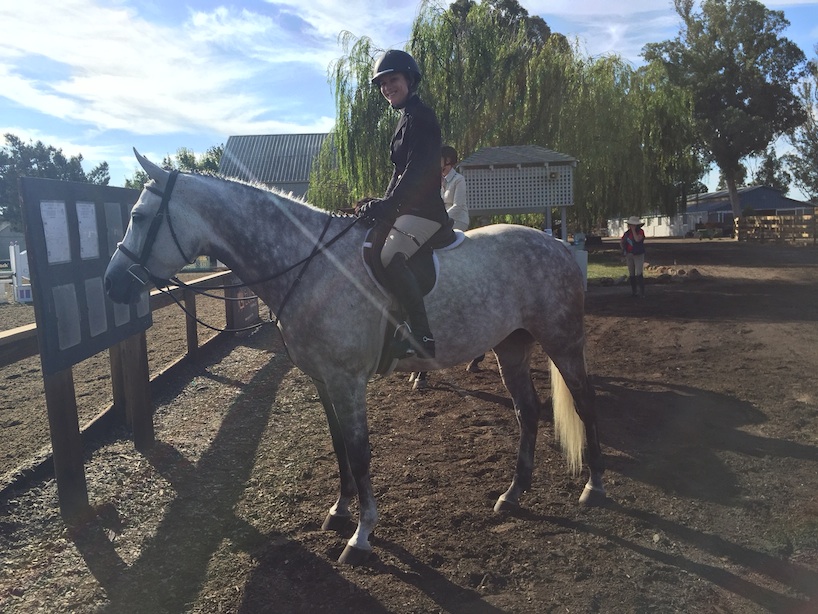 Ellie seemed a little less bored and just a touch brighter for these two jumping rounds. She scored a 76 in the first and...wait for it....an 80 in the second. Two blue ribbons and a Reserve Champion later I could not be more pleased with her performance. I'm glad she was able to be competitive amongst a set of quality horses and I'm already planning her move up into Pre-Greens......after I win the lottery of course. 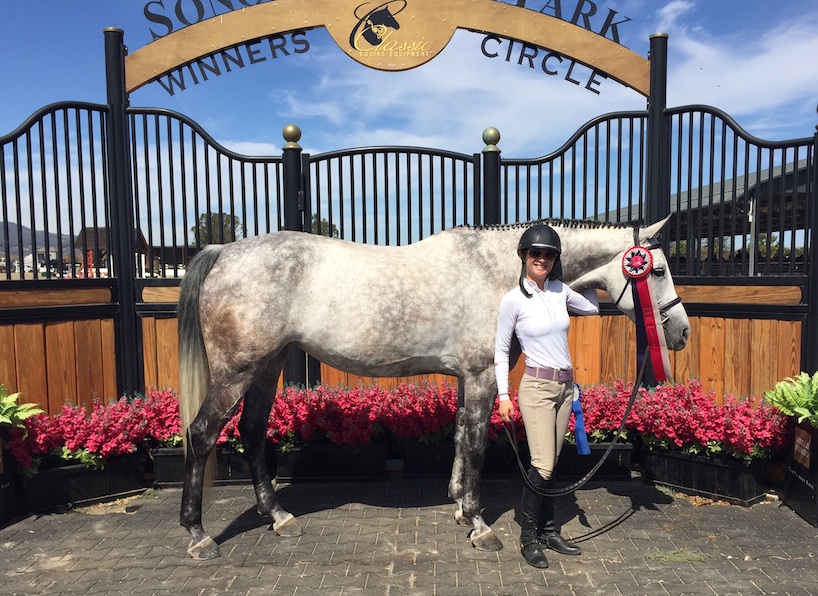 Ali had a successful day with both Ellie and Bravo, another quirky horse that she has been investing time in. I'm so glad to be working with someone who can see the best in horses and really partner with them to bring it out! Well deserved wins! 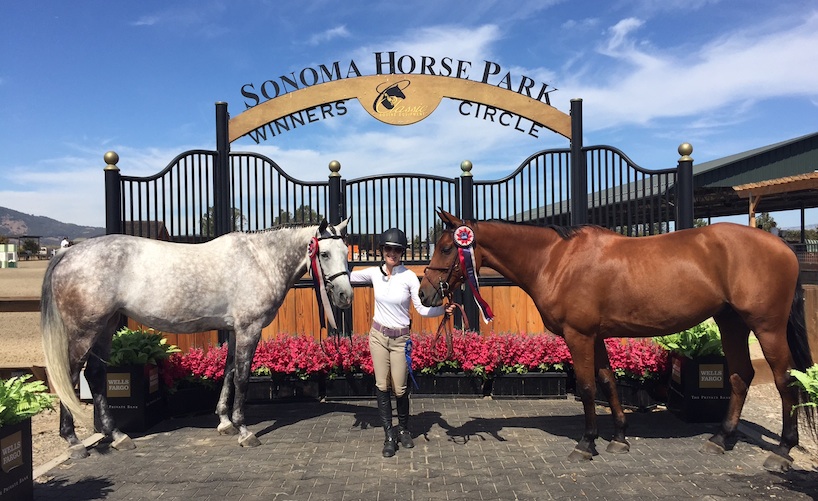