Ellie is officially a Derby horse!

Northern Winter Classic ran a $10,000 Derby that offered 3 heights- 2'9"- 3'- 3'3" and Ellie competed at the lowest height. Even though she ROCKED her 3' Division earlier in the week, it was her first time at that height and had only done one 2'9" show late last year.

RMEC has this notoriously realistic, big, scary log- and for as long as I've watched Derbies here, there are inevitably horses that just say, "nope!" The same was true for this show and we lost at least 10 horses to that log in a field of 40+. In most cases they turned to fence three, spotted the scary, and wouldn't go a step closer.

After watching the few horses before Ellie have some tough rounds I climbed to the top of the bleachers to film with a VERY large glass of wine. Not only did she truck around, she had some absolutely adorable jumps!

A score of 66 was well deserved, Ali rode her deep to most of the fences to build her confidence and she was a little quick after a few- probably wondering what the hell she had just jumped and how quickly can she get away from it!

My favorite part of the course was the two stride- she hesitated a touch through the middle but jumped out and got some airtime! And the lovely hand gallop down to the last oxer!

So proud of her! 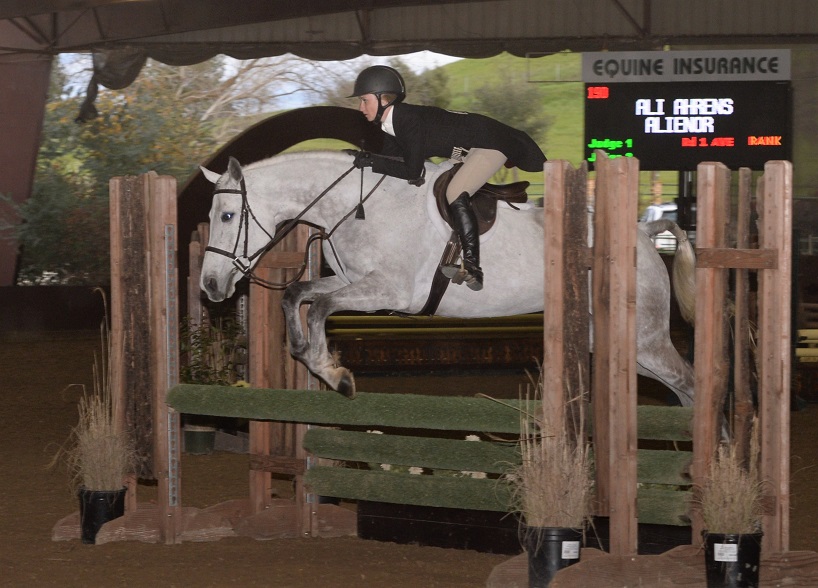 Teddy jumped around in the 3' group and seemed entirely nonplussed by any of the fences! Unfortunately he had a few moments where he got a bit quick and scampered through a few lead changes. The spread between judges scores was significant- 74 and 80 for an average of 77. Pretty inline with what we saw earlier in the Open Division placings.
The cutoff for Top 12 was 77.5 so he just missed the Handy by a hair! Really pleased with his round! 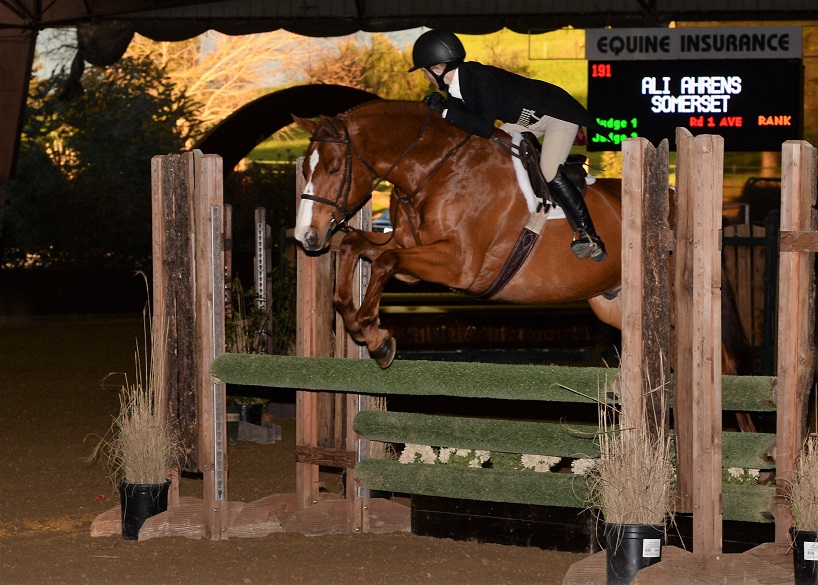