After today I can understand why the vets don't encourage the owners to stay for surgery or MRIs.

I arrived at Pioneer around 11am in time to visit with Wilbur a bit before the ordeal got started at noon.
What a handsome fellow still sporting his matching blue bandage from the night before. 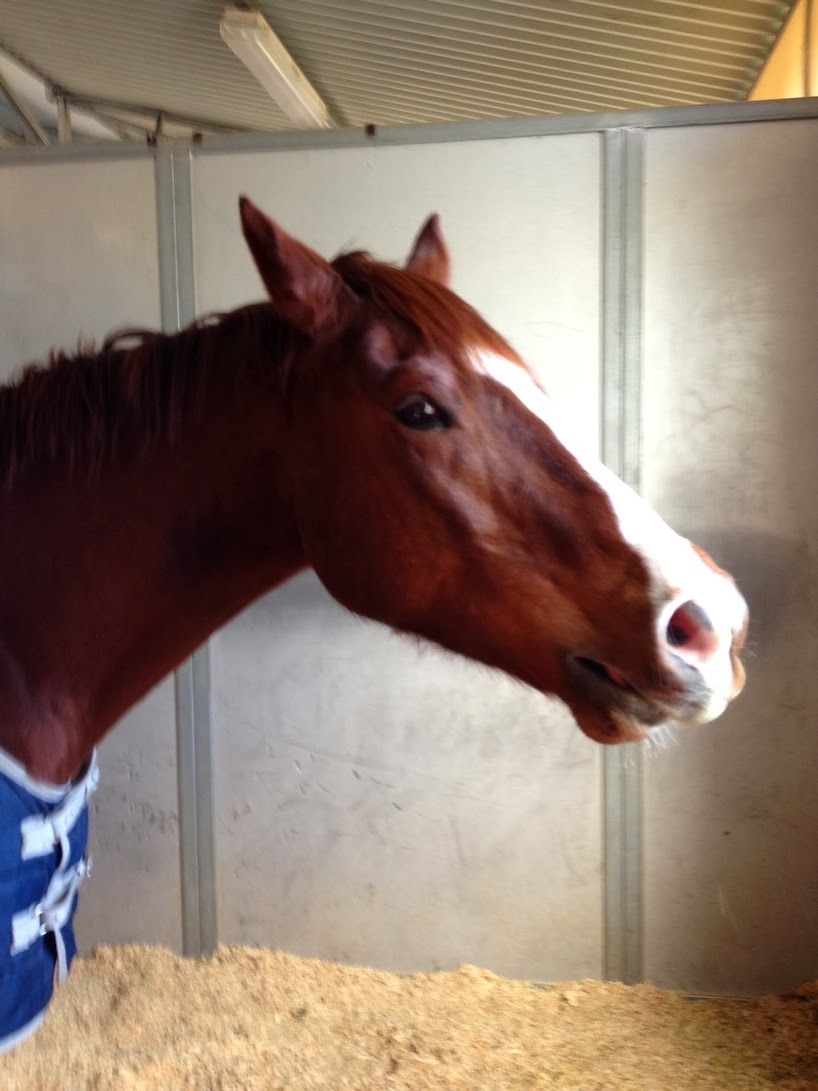 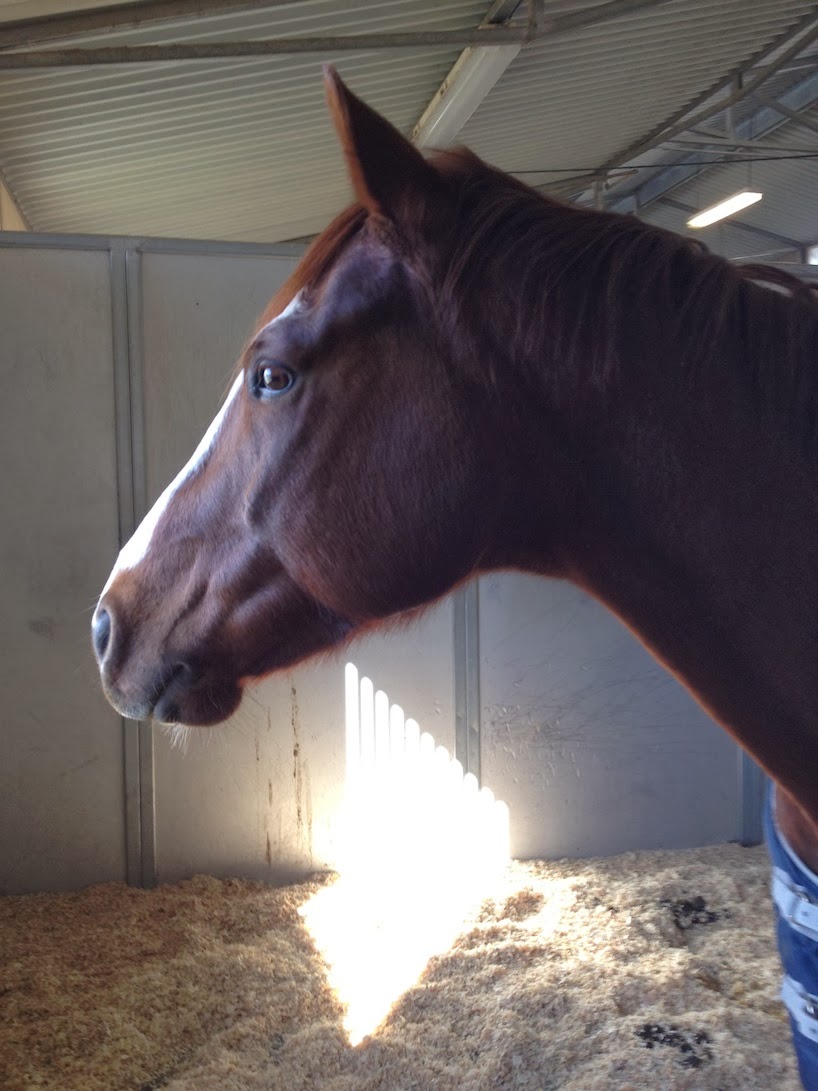 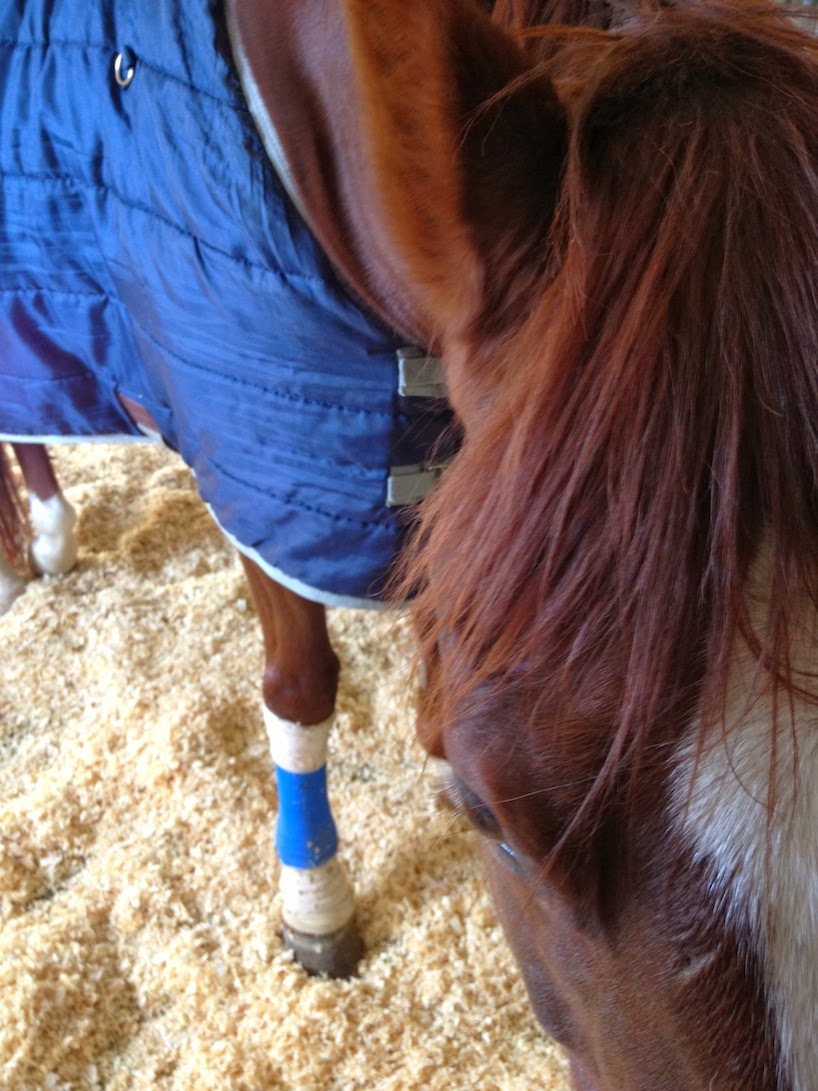 Wilbur headed into the clinic to start blood work at around 11:45 and I settled in to wait.
My office for the day in the Pioneer lounge. 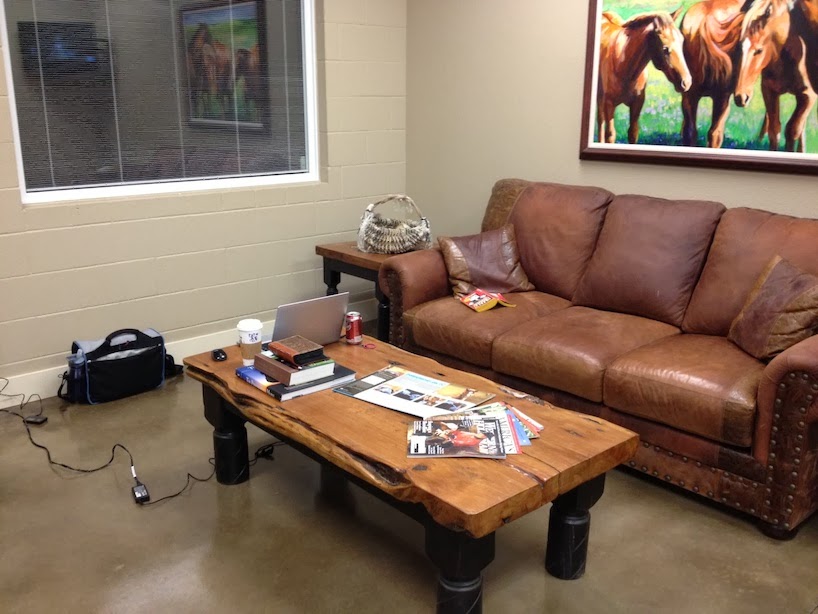 One thing I really appreciated about the staff at Pioneer were the frequent updates. I learned that they thought Wilbs had a nail in his hoof which delayed the procedure for a bit (it was just a stone), that several hours in they were using what little bit of time was left to look at the pastern, that he was out of the MRI but still asleep, and that he had finally woken up but was still a bit groggy.

I was concerned about the waking up process. When my cat, Linus, was put under general anesthesia for dental work (never again) he woke up and kept falling over. A horse is quite a bit bigger than a cat.
The MRI tech stayed with Wilbur throughout his recovery. When he started to wake up the respiratory tubing was removed and it was Kendra's job to hold him down for as long as possible. But I guess once they're up and standing they're pretty steady. Kendra said he got up in a "smart way"- which made me oddly proud.

Wilbur was back in his stall by 5:15 and I had worn a hole in the floor waiting to say "hi." As a horse Mom, my mind naturally had resolved itself for the worst possible outcome and I was happy that I had made the decision to wait it out in person rather than wait for a phone call. I wanted him to know his person was there.
That being said- when I got to visit-  I wanted to both stay with him all night and run away quickly. Wilbur was still in recovery mode when I saw him- covered in sweat, shaking, and disoriented. I stayed for a while but it became obvious it was best to let him be.

The MRI results are sent to Florida to be reviewed and we should have back tomorrow or Friday. For now Wilbur has an indefinite stay at Pioneer until we know what's going on and have an action plan in place for treatment.

Proud of Wilbur for being so brave today! 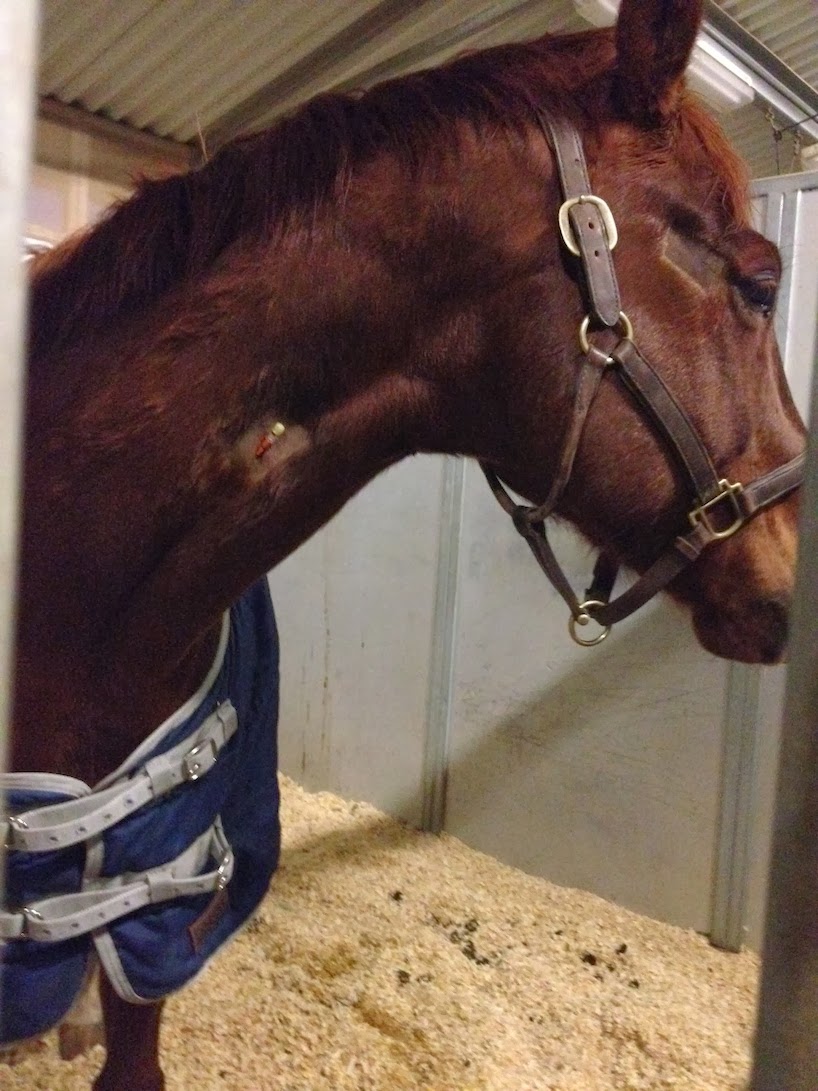 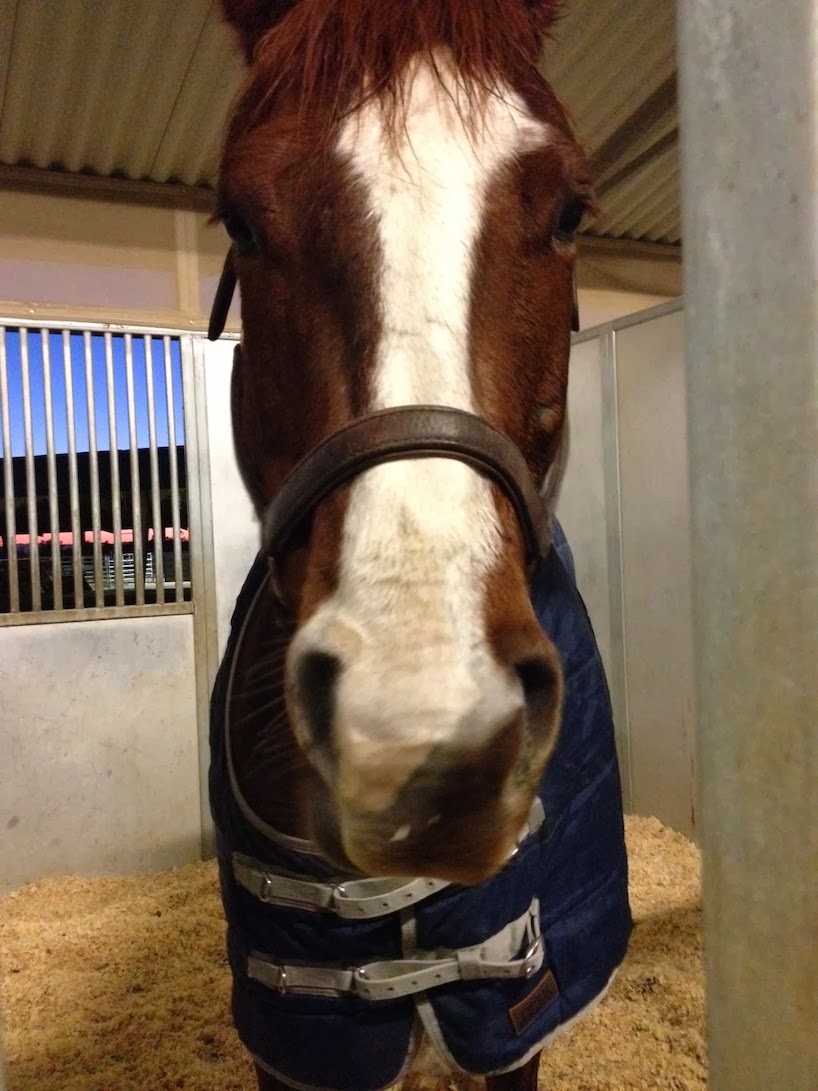