Had a great Sunday lesson with Brook- she's awesome. So positive and encouraging!

We worked over a single cross rail and a little bounce line of a pole in, crossrail, pole out. All with the goal of focusing on a nice, steady canter. Because guess what?! Ellie has been cantering all on her own with just a supporting leg!

Why was this exercise so great? Because we know a few things about Ellie. She's a huntress and will track down that fence, rider be damned. She also has an enormous, ground covering stride for such a wee thing.

When we're in what I would consider a forward medium canter, she's actually about a half foot or foot too long, and she she spots a distance she extends that even further, making it feel like we're zooming Mach 10 at the fence.

So we worked on bringing that canter down just a notch which allows her to extend just slightly for that  gap if needed. Truth be told she added a few times when I thought she was leaving and I ended up on her neck. She popped over with pricked ears and a smile. Gotta love a horse that takes care of her Mom.

And on the home front we have two cats that are finally starting to get along! 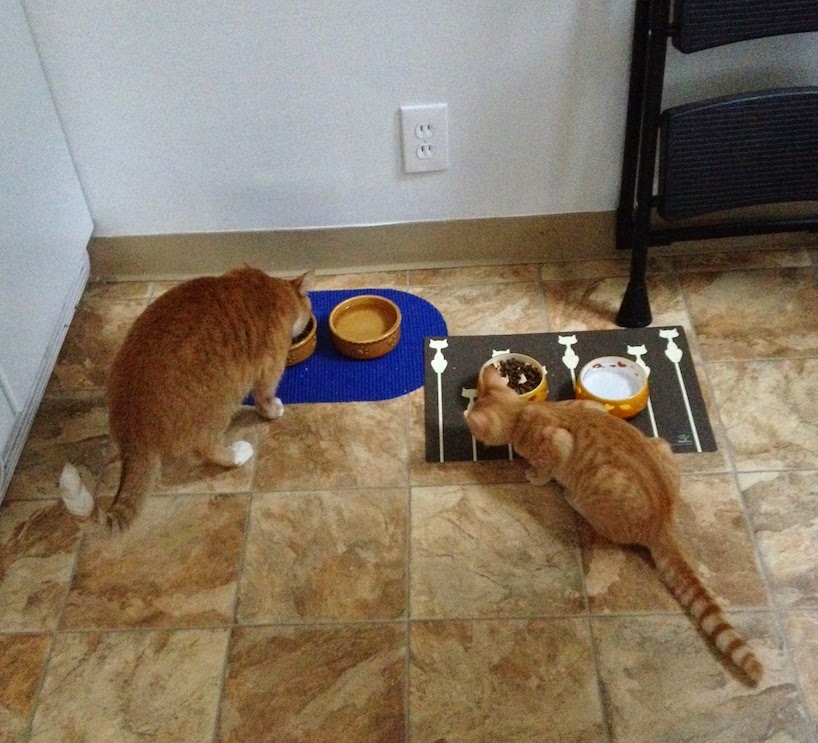