I realized after dissecting my horse show day that I'd never been to a one day show before as a rider and not a volunteer.
I would call the day productive in the sense that I learned, as I usually do at shows, what we need to work on at home! But it was certainly not an easy day by any stretch of the imagination.

I arrived at the barn at 5:30am to help where needed, which wasn't much help at all considering I don't know how to wrap. So I packed up my car with everything I and everyone else could possibly need and headed out to Robertson Park in Livermore- about 40 minutes from the barn.

Our two schooling volunteers were unfortunately absent do to sickness and pulled shoulders so I quickly tacked up Ellie and hopped on to give her a chance to look around. While this wasn't quite part of the plan it was certainly a good exercise in bucking up and getting the job done. Doesn't everyone love to school their baby horse at their first away show?
And of course Ellie was totally fine with being in a new place so I just ended up feeling a bit foolish.

Without a few extra sets of hands I was more than happy to pitch in and rotate water buckets, hay, and raise fences while catching a few jumper rounds (a lot of jumper rounds).

There were a ton of entries and my most wonderful husband Paul was on the way out to see my class. Which was unfortunately running far behind due to the gaggle of walk/trot poles that was so large it was split into two groups.
I absolutely love that my husband is game to come to a show but the timing is ALWAYS a challenge. And I get it- he doesn't want to show up two hours before my division and have to sit around. But inevitably that's exactly what happens- which adds another layer of stress on to the day. Entertaining the husbands. I finally sent him off to move his car and by the time he returned I was already tacked up and waiting to go into the ring.

So let's move on to the Crossrail Division. Two flat classes first- Hunter and Eq. Frankly I really dislike flat classes and dislike them even more before jumping. And god bless this judge, she had us trotting in circles forever.
The big win of the flats- we got our right lead every time! Whoop! The takeway- I'm still learning her rhythms. At the trot I've learned that she can be slow, medium, and fast. At the canter I still have my driving leg- so rather than just encouraging I tend to drive her along in an upwards frame. It doesn't help that her stride is a million miles long so we're constantly trying to find a spot on the rail.
Where is the medium canter? Apparently somewhere between a trot and a gallop.

I had decided that we were going to trot our first course, the Hunter course. And good thing too because it was a hot, hot mess. I chased her down every line and managed to get ahead at almost every fence.
Emma gave me some awesome advise for the Eq round- to literally crawl-trot into the lines. Worked like a charm! She had the perfect stride to manage the adds. Over the single crossrail she managed to trot in and trot out- little Ellie was getting tired!
The final course, the Medal, I came very close to missing my rollback turn, tried to encourage her towards that little single crossrail and she took that as a sign to canter, and almost missed my halt at the end.
I had decided not to canter the courses for a few reasons. The indoor ring was pretty tight and there were a few fences that would have required a lot of balancing to make work. I would not have been organized enough to manage simple changes and make them look nice. And I just wasn't in the mindset- it had already been a long day.

Paul and I walked back to the corrals right after the class and I did have a good cry on his shoulder. I didn't feel like I gave her very goods rides, and even though she was awesome I was disappointed in myself. Also I was sad that I wasn't going to get any ribbons. Seriously? Not a reason to cry.

We untacked and walked back over to the ring to listen for the ribbons that I wasn't going to get. Two Seconds and a Third over fences- Reserve Champion. I felt like a little bit of a jerk. A happier jerk.

Paul left to go grab (much needed) beers with his friend and I got to pass out ribbons for the remainder of the day. Best job ever.
Horses and stuff back at the barn and home by 6:30pm.

Ellie was great all day- super duper awesome. I could not have been happier and I think we're ready to start tackling more in our lessons.

I was a bit of a mess. I overheard something in the early part of the day that wasn't meant for me to hear, wasn't directed towards me, but something I took very personally. Rather than brush the comments off I internalized and let them take over and ruin what was supposed to be a fun day. That attitude resulted in snapping (wrongfully) at my trainer, being mean to Paul, and needlessly crying over ribbons.
Lesson learned. I'm in charge of my own feelings and happiness. Riding makes me happy. Going out and trying new and different things, like showing, makes me happy. Regardless of how others around me are behaving I can still have fun and enjoy what I love to do! 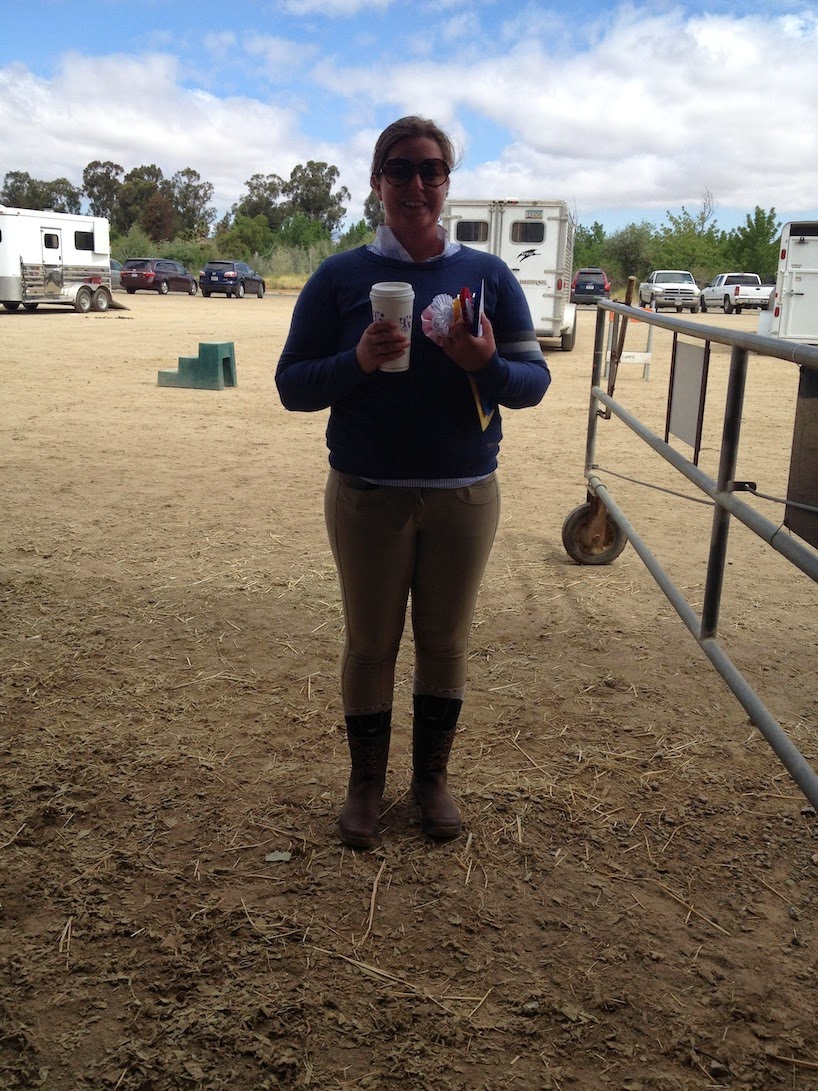 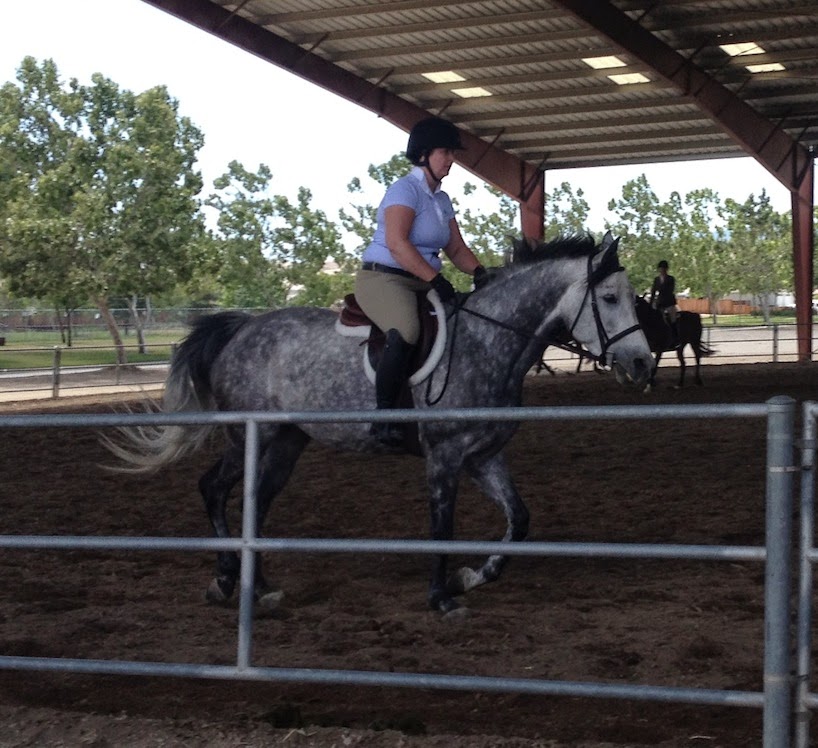 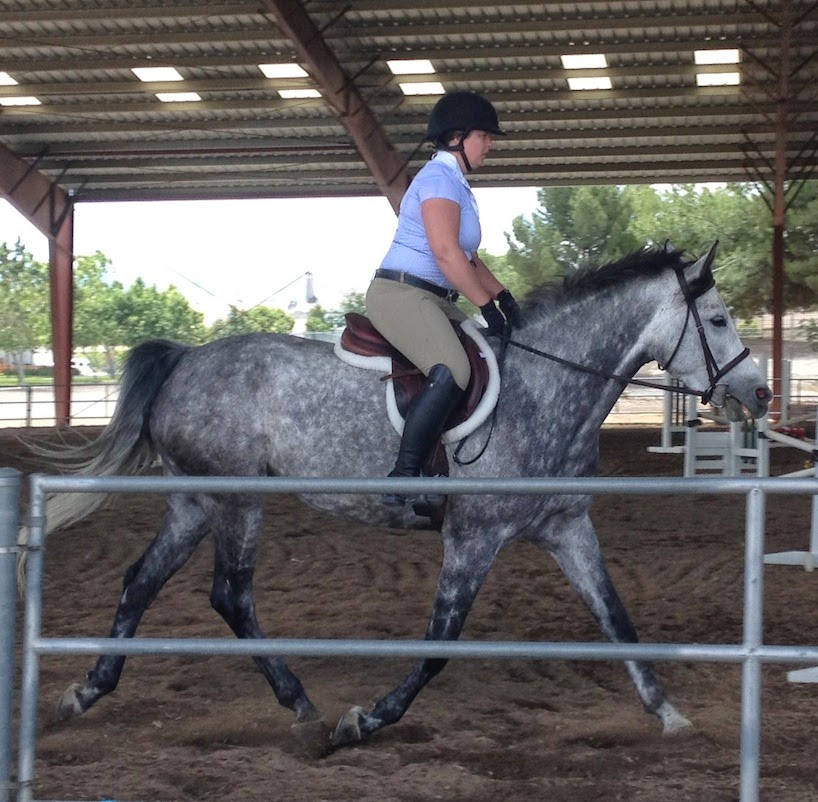 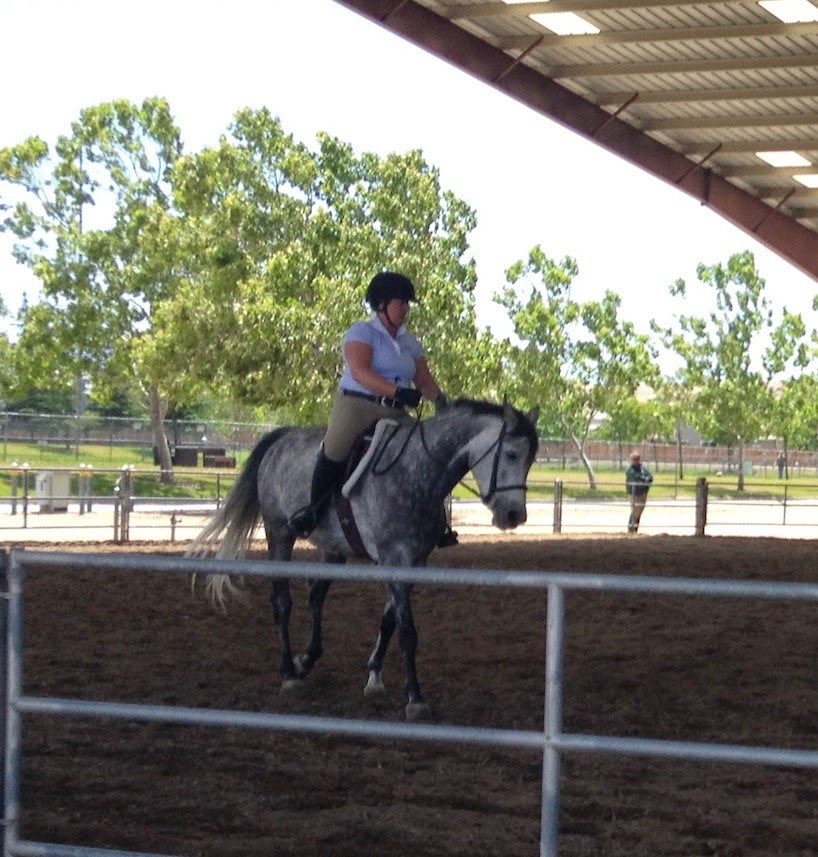 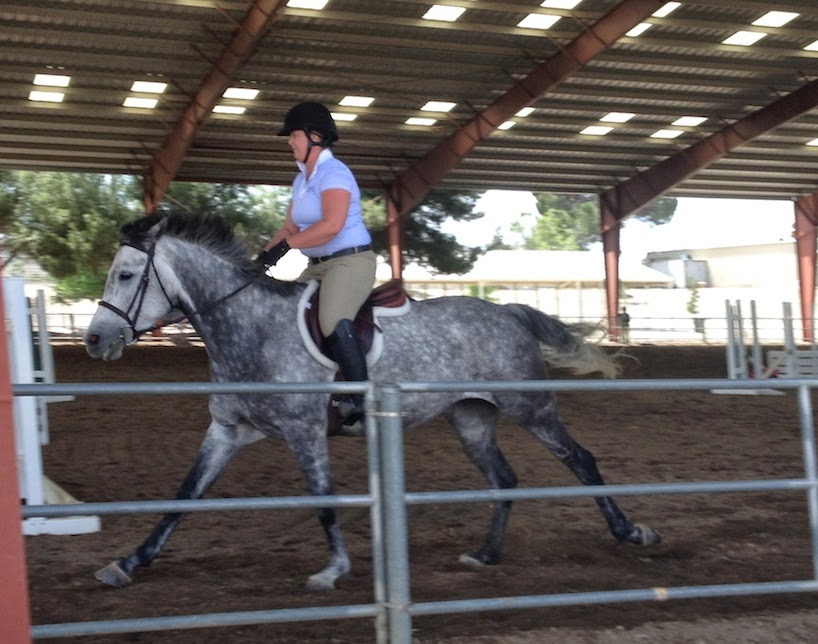